Andrew Brough had limited creative input in his previous band the Straitjacket Fits. However he was responsible for penning arguably their most critically acclaimed track and certainly their biggest commercial success, in the atypically melodic, Down In Splendour as well as the equally superb Sparkle That Shines.

Therefore when his relationship with ‘Fits’ front man Shayne Carter (also worth checking out for his work with Doublehappys, Bored Games and Dimmer) finally reached a point of mutual abhorrence, it was no surprise that his next band would engender an altogether more melodic and jangle influenced sound.

As such we see this album thrive upon a hinterland that is somewhere between the fragile melody of the Teenage Fan Club and the obviously slightly more sanitized guitar melodies that encompass all things Dinosaur Jr in terms of distortion and fuzz.  Probably the best track that describes the brilliance of their overall sound is the opening title track (see below) which is a superbly crafted exhibition of the juxtaposition of the two cited styles and is largely typical of the entire album.
Take In The Sun
If there was to be some sort of criticism of this album, it is that the guitar fuzz on all the tracks tends to give the same sort of feel and texture to the whole album. However the level of the fuzz is lowered when the melody is required to become paramount and as such as such the classic chord progressions of an almost The Beatles type track such as Tears Were Blue (see below) is able to breathe with casual dominance over other stylistics that Brough obviously considered as of secondary importance.
Tears Were Blue
This album remains in my top twenty of all my extensive Flying Nun Records collection and I consider it an absolute tragedy that this was Andrew Brough’s last band of any relevance and thus his melodic songwriting brilliance just drifted off without the sort of exposure and acclaim it most definitely deserved.
Well worth picking up if you can find a copy of the CD.
Artist Links
Discogs
Label Links 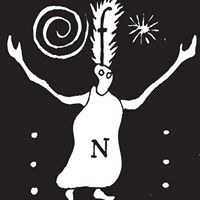