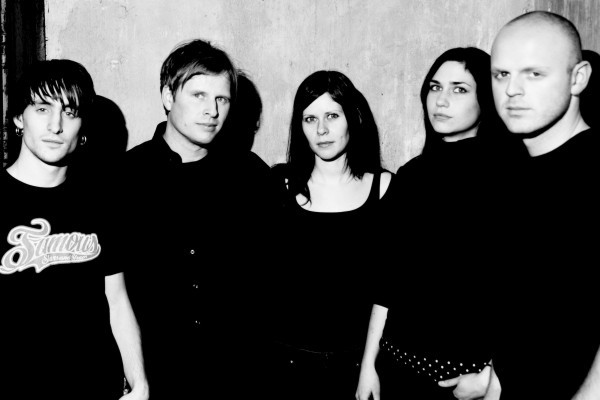 For some reasons I am something of an intermittent devotee of sophist-pop. It tends to hit me in phases and is usually either triggered by listening to something by Steve Wynn or Prefab Sprout or  is reignited by an appreciation for a recent release, in this case the recent Candy Opera, 45 Revolutions Per Minutes album.

And so it was that my sophisti-receptors were reactivated and I went hunting within the fertile grounds of the various artists covers album I Remember That! 12 Sophisti-pop Tunes Quoted out of Context released by the amazing http://fadeawayradiate.com/ (music blog) as the brainchild of Estella Rosa and with the credited help and guidance of the main songwriter of The Loch Ness Mouse (TLNM), Ole Johannes Aleskjaer.
The best track on an altogether superlative album was the Sound of Crying (Prefab Sprout cover) recorded in 2015 as a single in collaboration between The Loch Ness Mouse and The Tenant From Zero (see below). .

Now my sophisti-receptors were searching out all things from TLNM as to be perfectly frank I had not heard of them before. I soon found that they are a multi-piece ensemble from Norway who have been successful in their own country and even relatively successful in Europe since 1992. As such I got hold of this, their latest album for an eager listen.

I was anything but disappointed. Initially the album tends to separate itself into two distinct modes of sheer beauty. The initial offering is one that can best be surmised as harmonically lush as the various female vocals in tracks such as Epoxy, Warm Circuitry and the brilliant Rain Checks (see below), stops just the right side of 1970’s Abba inflections but positively revel in the frivolous sense of whimsy that dares to approach ‘that’ line. It is a throwbacks to all things delightfully twee about the 1970’s pop harmonies, whilst never ever stepping foot out of the superb guitars subtleties that define the sophist-pop genre.

The other distinct modality of brilliance comes from the various male dominated tracks. Tracks such as a Simple Song For A Bookstore (see below), Bamboo (Love is not Cool) and the the true stand out of the album A Different Life reminds this listener of the smooth rounded crooned vocals of a Julian Pitt (Armstrong) type vocalist who has overdosed on a years supply of 1970’s twee pills. It is a sound that is both unmistakably the signature sound of the band, but also so rooted in so much sophisti-pop perfection that you just want to reach out and lovingly stroke their guitars in thanks! It just ‘seems’ the right thing to do.

For some it may be a tad to close to the more affected, tacky and kitsch parts of 1970’s pop and even disco harmonies…but just negate the need to be seen as cool and enjoy the unaffected beautifully harmonic sophisti-pop ride for its own merits and rewards, for it is not too often that a modern band gets sophisti-pop so incredibly right.