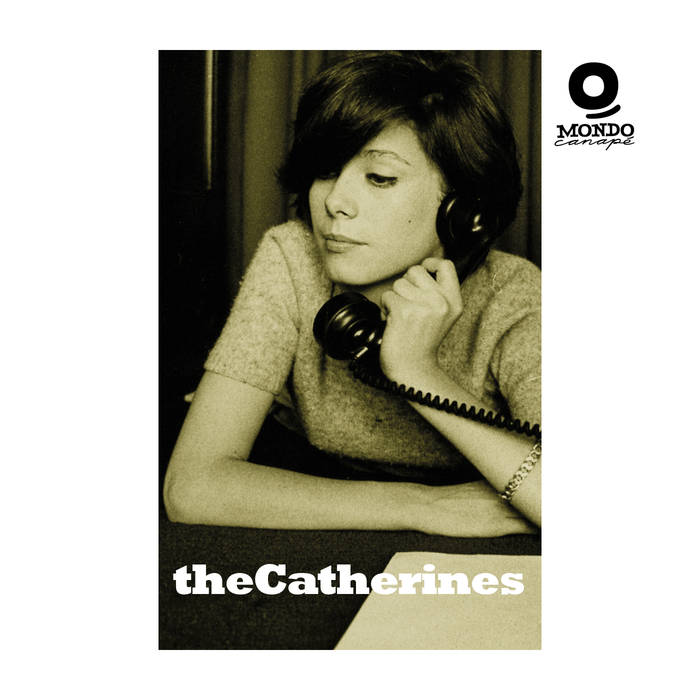 A band with the name The Catherines whose chosen album art is a black and white 1960’s photograph of a quintessentially British looking lady, appearing to look a tad resigned and wistful  (it is generally the same aesthetic for much their album art and videos) really should mean the band is a) a bit British b) does all things pretty and c) is female fronted. They should really sound like The Sundays. Then all would be well in the musical universe as all rules would be observed.
The fact that The Catherines, who are essentially the side project of musician Heiko Schneider (or as it says in the Bandcamp album bio, his relief from other projects ‘that had become a bit stressful and complicated’) already gives some sort of indication, even before a note is listened to, that things are likely to be a ‘bit different’ and dismissive of all concepts of the ‘supposed to be’. 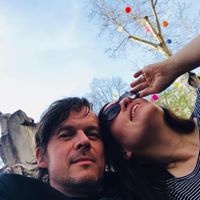 And it is definitely so. From the first track, the listener is met with a range of influences and a wall of lo-fi noise (is a wall of lo-fi noise even a ‘thing’? I told you it was different!?) that is incredibly difficult to pinpoint to a definitive comparative reference point.
In fact it was driving me crazy over multiple infinitely enjoyable listens, as to just where I had heard the brilliantly repetitive guitar ‘thrum’ aesthetic that acts as the general foundation / background sound to half of the album. Eventually it came to me inasmuch that the guitar drone caused by the whirring of numerous different guitars played simultaneously, has the same essence as Jeff Magnum‘s work with Neutral Milk Hotel and most specifically the track Holland,1945 off the In The Aeroplane Over The Sea album. Its all very Magnum, minus the nasal problem.
https://bandcamp.com/EmbeddedPlayer/track=2161073091/size=large/bgcol=ffffff/linkcol=0687f5/tracklist=false/transparent=true/
This wonderful guitar-wall thrum may well be the foundation of tracks such as the brilliant opener and lead single, I Just Want To Lie Here and Listen to Our Heartbeat (see above), You Say You’re Sorry But I Know You Are’nt and Which Way Will Lead Me To You My Dear, however the layers that are added onto it give the tracks their genuine kudos and include the muted chunk of the base guitar of a first wave C86 bands such as The Dentists, the lo-fi production evocative of A Big Thief sound and the ability to flutter effortlessly between the genuine fey vocal delivery that is so indicative of so many indie-pop bands and the genuine more lustrous and gloriously pronounced smoothness of the sophist-pop vocals of a track such as Is Your Bigmouth Girlfriend Really So Charming.
The remaining half of the album still has the same ‘thrum’ foundation, but tracks such Good Golly Goo – I Never Thought I Could Love Somebody as Much As You (see below), If I knew What’s Behind Her Smile You Wouldn’t Want To Make Her Happy and Let’s Kiss Goodnight In The Morning all add extra and varying levels of melody and jangled guitar work, that would exude the sound that a band like The Trashcan Sinatras or BMX Bandits might emit if they were forced to try a Lo-fi C86 aesthetic. These tracks are truly the highlight of the album, amid extremely stiff competition.
Good Golly Goo…
The album bio states that this album started as a project to record one track a day and then grew into something more ‘sophisticated’. It is not surprising that the ‘project’ was taken more seriously as Schneider must have realized that he was onto something different and extremely appealing very early in the recording process.
This is a superb album that unsurprisingly is already sold out in physical format but is still well worth parting with your hard earned cash for in the digital format.
Artist Links