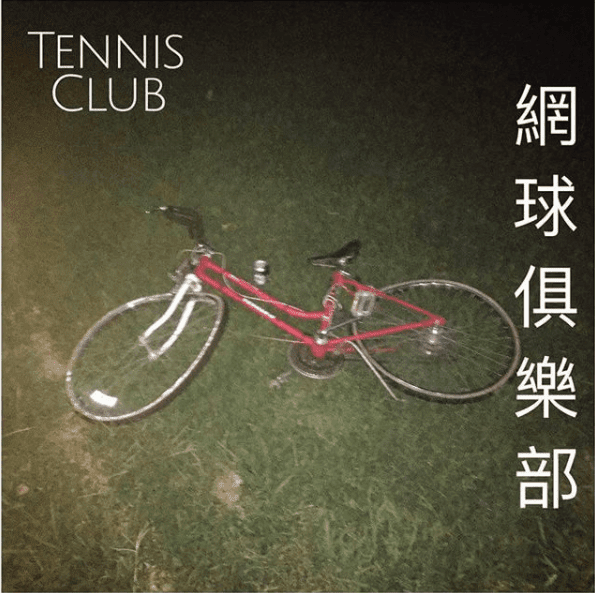 Despite living hundreds of miles away from surf territory (Joplin, Missouri), Tennis Club (consisting of Wilson Hernandez and Tehya Deardorff) manage to ooze the best that surf rock and all things ‘dude’ can offer, whilst still imbuing their own inimitable muted punk vibe to create an extremely original and endearing aesthetic.

The two main essences of the album are both woven around Hernandez’s vocals. These still manage to retain a sense of the burnished despite being swathed in echoed vocals, that hint at the better parts of the latest Foliage / High Sunn works.

The first of these essences, is where the album truly thrives, with the controlled aggression of tracks such as Lovely Haircut, Rain Checks and the truly superlative Chinese Slippers (see below) providing insistent acoustic and treble guitars assault that provides a surf rock version of a mix between The Woodentops and Jetstream Pony. It truly is an original and ultimately beguiling mix edging towards the nervous energy of youth whilst still managing to convey the essential surf rock vibe that carries the listener away on some sort of escapist laconic wave.

Chinese Slippers
When this energy subsides a tad the sound then becomes swathed in the kind of skewed 1960s surf pop that sounds just that little bit more essential when it is partially drowned in echoes, reverb and subtle distortion.
Tracks such as House Show, the true stand out of the album Birthday (see below), Cola and Wendy do superb versions of the sort of sound that Say Sue Me indulge in when they get their 60s on and do it every bit as well, albeit with infinitely more refined, less muscular, almost fey guitar accompaniment that skips along with you, rather than pounds you into submission like their South Koreans counterparts.
Birthday
The criticisms are slight. Perhaps the vocal echo on tracks such as Halloween Creep and Wendy are somewhat overdone, threatening to take the band of into the sort of shoegaze territory that their fluttered guitar playing would not support, but ultimately they just about manage to stay the right side of the line.
At this point I am always tempted to take the whole ‘debut’ concept into consideration and say condescending, trite things like ‘for a debut this album is brilliant’. However that would be incorrect…for this album would be brilliant for any band at any time in their career, as few can produce something quite so intoxicating.
Another winner for the Spirit Goth label that has been getting far too much of my hard earned money recently!
Artist Links