Hello all and thanks for coming to have a listen to Fickle Finger #0003.
There is no discernible themes this time around as the Fickle Finger appears to have been pointing at numerous random brilliance like some sort of demented grim reaper.
Either way there is some fine stuff on here which we at janglepophub hope points you n the direction of some fine new music or helps you become re-acquainted with the classics and should have been classics of yesteryear. The first of a couple of Television Personalities covers from the Holding Hands Under a Cloudless Sky – A Tribute to the Television Personalities: Vol 4 album that has been attracting the attention of the Fickle Finger over the preceding few weeks.
This version of the seminal TVP track is actually from Jeremy Morris who releases some fine jangling Christian music that has grabbed the attentions of the ever reliable melodic pop connoisseur and The Beautiful Music label owner Wally Salem. 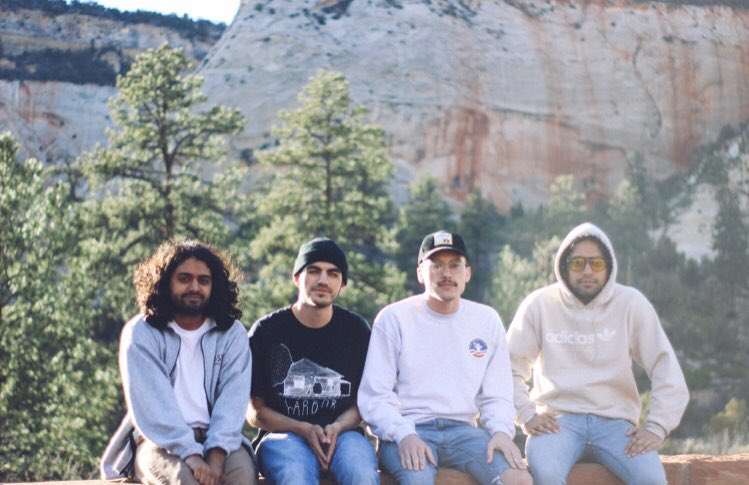 Ever since reviewing Elna Rae‘s 2017 Dexter EP I have been eagerly awaiting the promised 2018 album.
Although I am not aware of any release date for the album being set, it is a promising sign that a single called Encino has now been released via Bandcamp…surely not long now before we get to see whether the promise of this debut EP out of Like Young Records is going to be realised by this 20 something four-piece from Tempe, Arizona.
Artist Links:  Twitter / Facebook 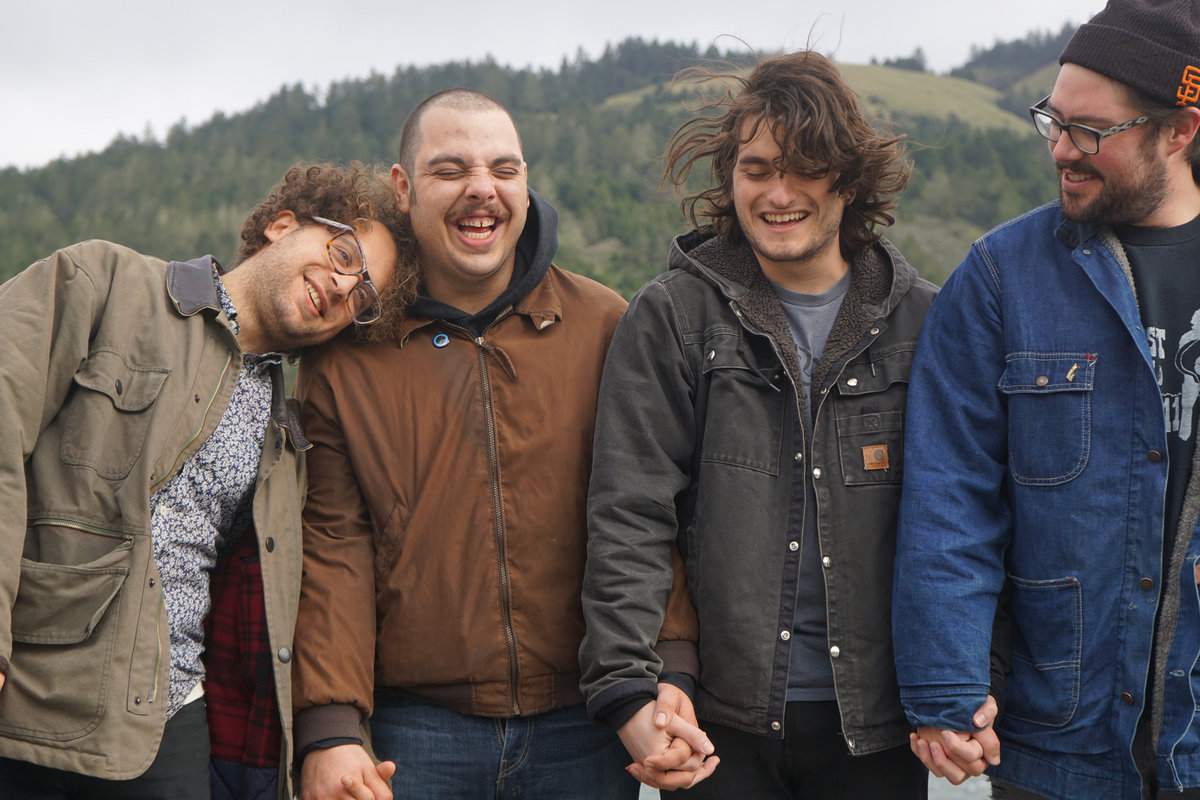 Sometimes labels have a spell where everything they touch turns to gold. The latest such alchemists are the Chicago based Trouble in Mind label, who in the last couple of years have released critically acclaimed  releases by the likes of Olden Yolk, Omni, Ultimate Painting, Salad Boys and En Attendant Ana.
With a sound that cherry picks influences from all across the jangle-pop spectrum, from 1960’s sunshine pop through to the latest Brooklyn scene, The Love-Birds rest  extremely comfortably in such superb company.
Artist Links:  Bandcamp  Label Links:  Facebook, Twitter, The common denominator of some of the most under-rated jangle to come out of Australia over the last 10 years is Melbourne based Tam Matlakowski, who has released music under various guises in his own bands such as T.V., Tam Vantage and this band Pop Singles. He has also performed in other notable bands such as The Stevens and most recently The Newsletters.
This title track from this album (2012) out of the Melbourne based Vacant Valley, is one that constantly entices the Fickle Finger to point in its direction.
Artist Links :   Bandcamp, SoundCloud
Label Links:  Blog / Bandcamp / Facebook 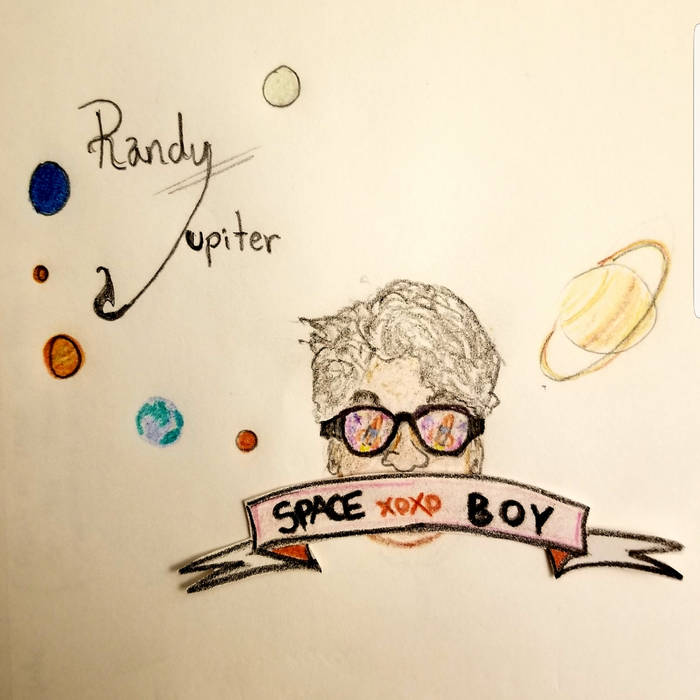 I know very little about this Winnipeg Manitoba three-piece, other than the fact that this track off their 2 track Space Cowboy single is an absolute banger.
Mixing the most subtle of a shoegaze essence with the glorious clarity of jangle-pop guitar work at its finest, my hope is that they realize their obvious potential with a longer release…as soon as possible!
Artist Links:  Bandcamp

Expect the Fickle Finger to point towards this classic band with some regularity !!! 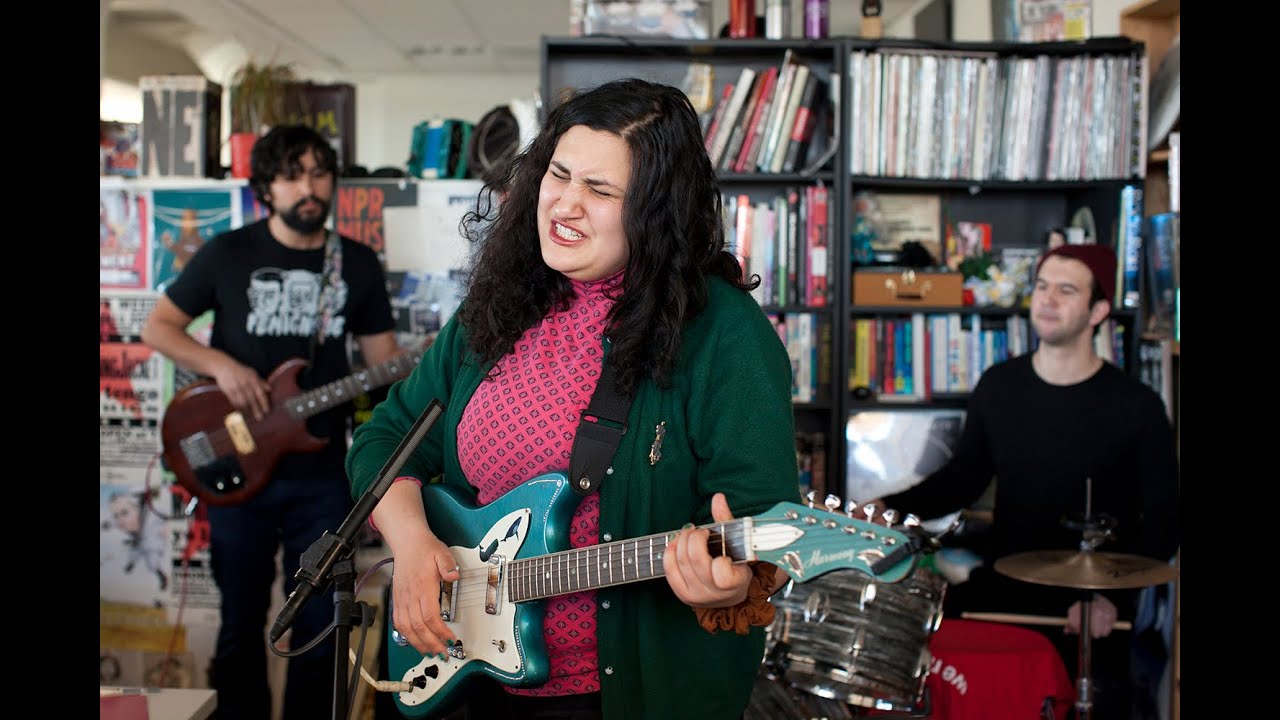 This track, the b-side to the 2018 YMCA single out of their new label Saddle Creek, is somewhat different to the often brooding indie chic lo-fi that benefits from front woman Ellen Kempner sardonic vocal delivery.
Sea of Blood dismisses most of what has gone before and delivers the sort of anti cutesy jangle-pop that suggests a marriage between the lo-fi affectations of Soccer Mommy and the energy of the more insistent Jetstream Pony.
One of my favourite singles of 2018 so far and certainly an aesthetic I would like Palehound to explore more.
Artist Links:  Bandcamp / Facebook / Twitter
Label Links:  Facebook / Twitter From their 2012 self-titled EP and only release out of the Fruits De Mer Records label  (they immediately moved to Metrodiscos after this single), this track sees Portuguese band, Beautify Junkyards drop their often beautiful windswept and haunting electronica, grab an acoustic guitar and all sorts of other wonderfully pretty things…and just get their beautiful on.
It may not be typical of their general sound but this is guitar pop reminiscent of The Swans, Candy Opera and The Pale Fountains style sophisti/jangle-pop at its finest.
Artist Links: Facebook, Bandcamp
Label Links: Official site 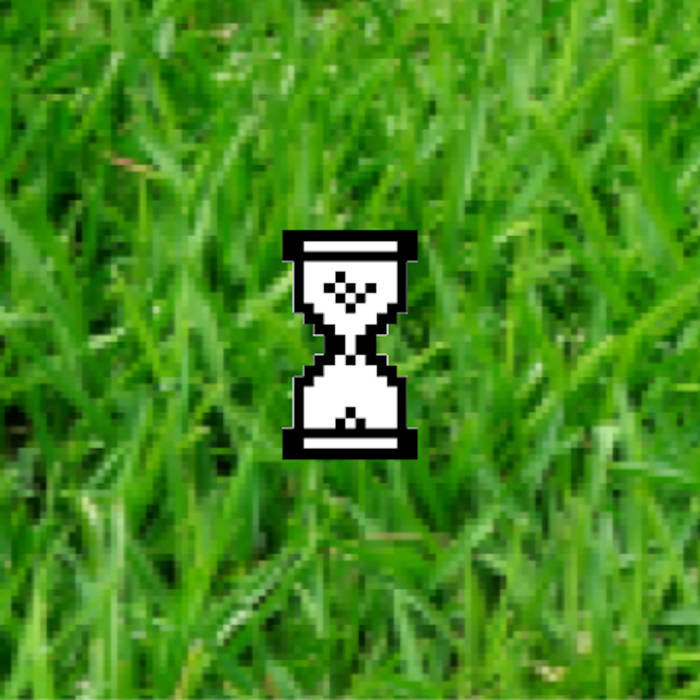 This is the side project of Greta Kline (Frankie Cosmos) and Doug Bleicher / Alex Bailey from Warehouse.

This track from their 2017 debut album Real Time! out of Skeleton Realm Records is typical of the unique sounding juxtaposition of Frankie Cosmos style sweet jangle-pop which is cut into and provided jagged edges by the more punk orientations provided by Warehouse.
If it was a fight between the two styles of music then neither is the victor as the strangely infectious lo-fi essence to each track keeps them apart, in what is ultimately a ridiculously cool sound.
Artist Links:  Twitter / Facebook
10.     Dogos  –  La Linda (2018) (Time: 29.48) 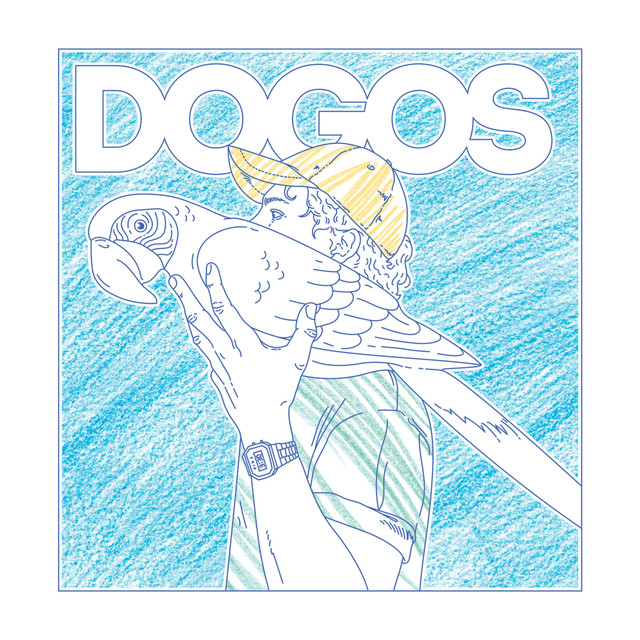 From the self-released debut album from Puerto Rican four piece, whose single Madrid, received some critical acclaim and radio play earlier in the year.
Although they tout themselves in all their band literature as dream-pop there is certainly a strong enough infusion of traditional jangle-pop in the sound of this track and many of the others on the debut album to satisfy even the most devout fans of both genres. 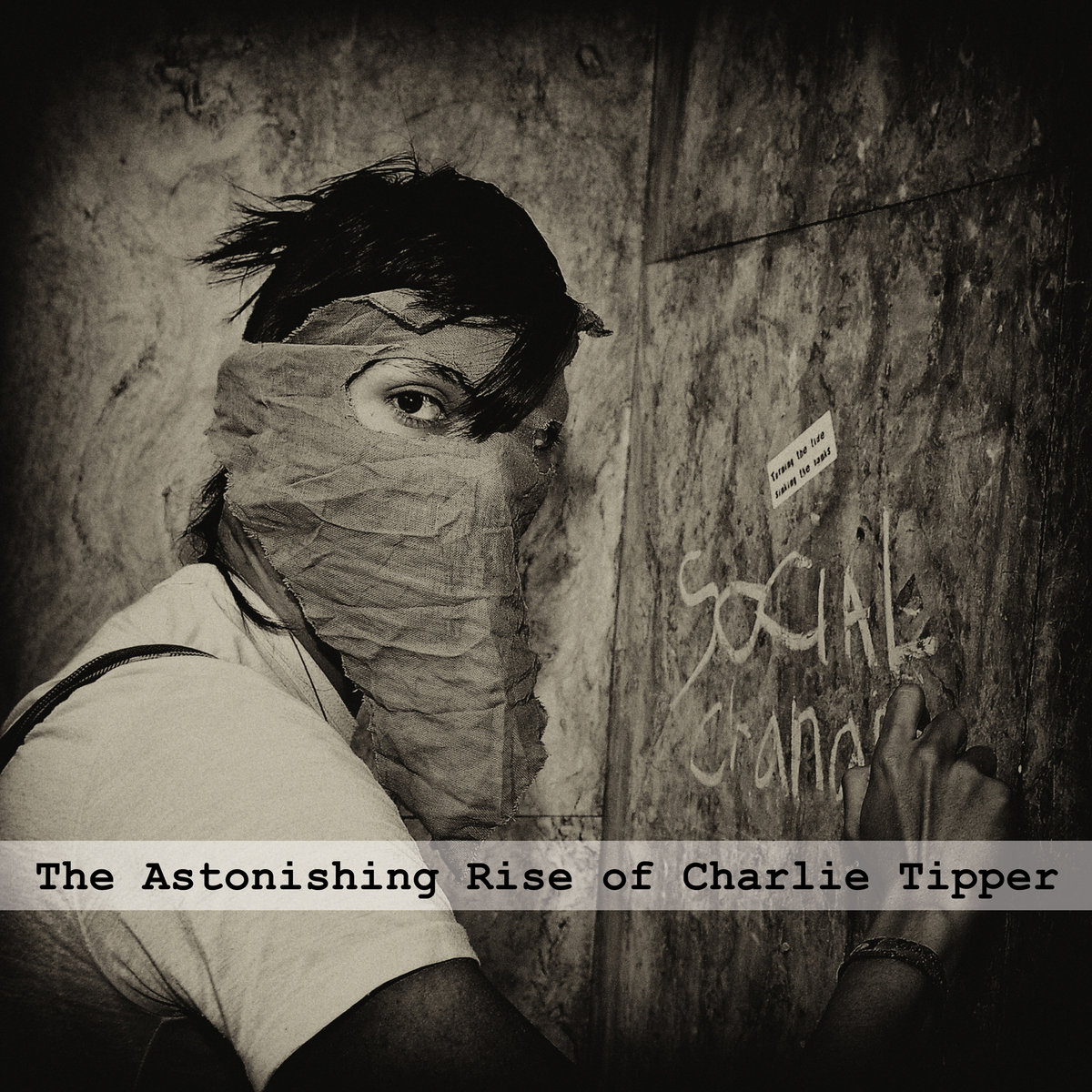 Worry not about the somewhat strange band name, this track / album (The Astonishing Rise of Charlie Tipper) realizes the potential that bands members from notable janglers such as fellow Bristolians and 80/90s janglers The Flatmates and The Groove Farm, should be offering.
This is the best track from an album which is effectively a retrospective of the last few years studio work from this band, who have changed their name numerous times over the years and is one of the few essential releases of 2018 so far.
Artist Links:  Twitter / Facebook 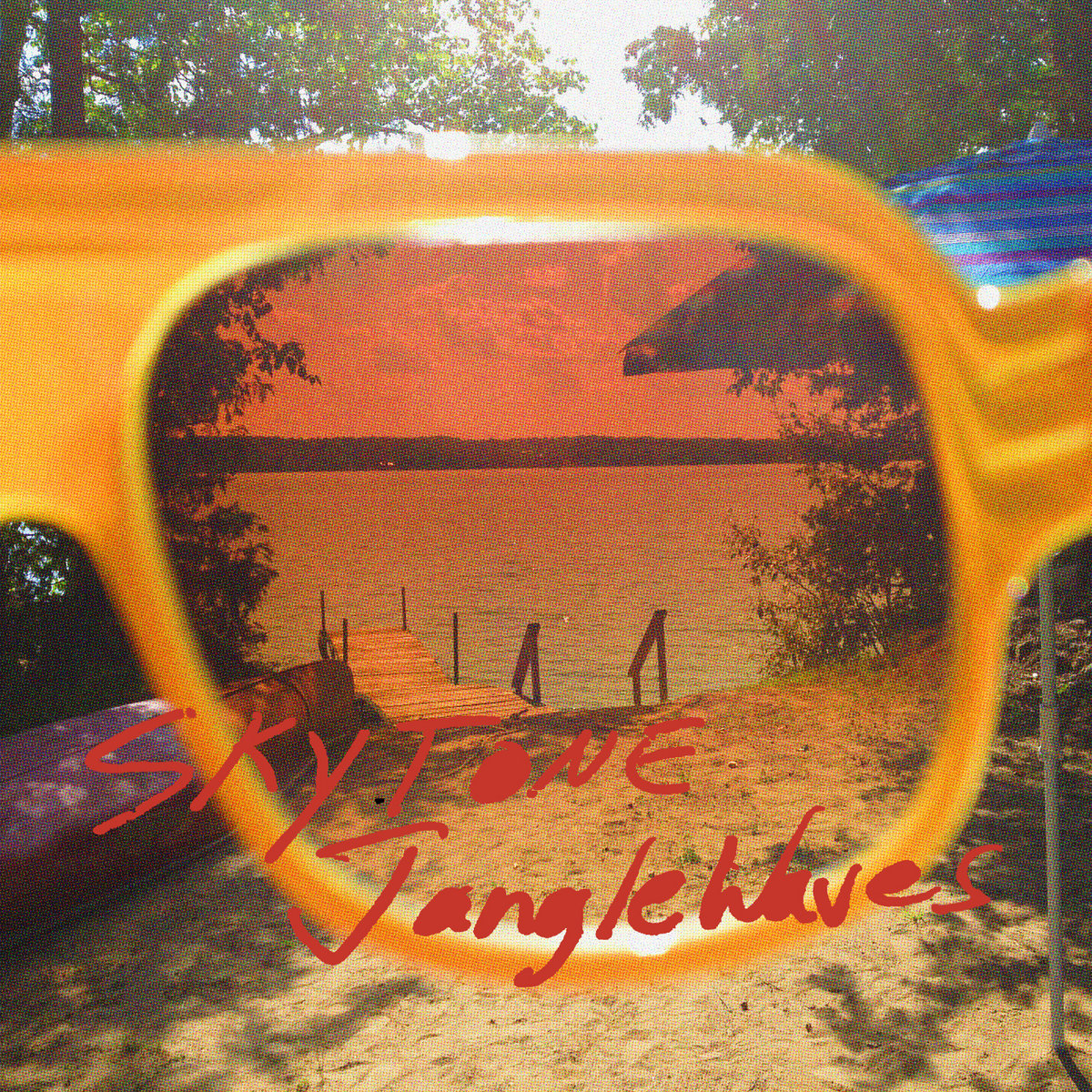 It seems like ages since Ontario based Rodney and Darius Doddridge released their 2017 album Janglewaves (out of The Beautiful Music label). Since the release  have been very few days that have passed in which I  have not played this track.

It is just one of those tracks that can be turned to when you have one of those f+#! off moments with your unreasonable boss, neighbour, teenage kid, wife that puts you into that more reasonable space that enables you to realise that the common denominator for all the travails you are experiencing with these people is actually…you!

I  found this Catford, South East London based band on Bandcamp the same day as they posted this three track self-released EP and fell in love with it very quickly with the sheer indie chic of it all.

With their mixture of 80s indie pop, modern day jangle-pop and slightly deadpan mid 90s Britpop vocals, The Hannah Barberas are probably only one album away from being the next big thing in blog world.

If you are by any means prone to those horrible ear worm attacks that blight my life (I once hummed the Axel F tune for a solid two weeks) then make sure you turn off the middle ‘whistling section’ of this track from the Meat Puppets 1985 Up on the Sun album out of SST Records. For failure to do so will have this track dancing around in your head like an epileptic spider on a hot plate…you have been warned. Swedish band the Happydeadmen jangled about for several years during the 1990’s and are probably the absolute pioneers of the crystal clear jangled guitar work that
gloriously frequents a lot of Scandinavian indie/jangle-pop in the modern era.

It really does not get any janglier than this track from Eleven Pop Songs album (out of Ceilidh Productions) unless you happen to be watching a boxset of Friends and The Rembrandts are on repeat ! In 1990 I was 20. I still had mates who preferred annoying the absolute shit out of anybody who could read or had social graces above that of a copulating baboon, by flying around the City Centre on a plank with wheels on and saying things like ‘dude’ and ‘rad’ a lot.

However the one thing that skateboarders did do for the world is adopt this track and The Cry as one of their anthems and at least give it some of the popularity its brilliance deserves.

They are back with a reunion album this year, which I am sure will be a cracker ! 2017 was a superb year for full length releases. This is my favourite track from Zebra Hunt‘s sophomore album, In Phrases, which is out of the Spanish Tenorio Cotobade label, which has a small but perfectly formed roster that also includes the critically acclaimed Community Radio and Ginnels in the last few years.

In Phrases is a superb album which reached the janglepophub top 10 for 2017.

This track is the the lead single from San Francisco based No Vacation‘s Intermission EP and is their first release after the band initially split and re-formed with a couple of personnel changes and joined the Topshelf Records roster.

It seems to have worked, for this track and the other single from the EP (Mindfields) are absolute bangers. 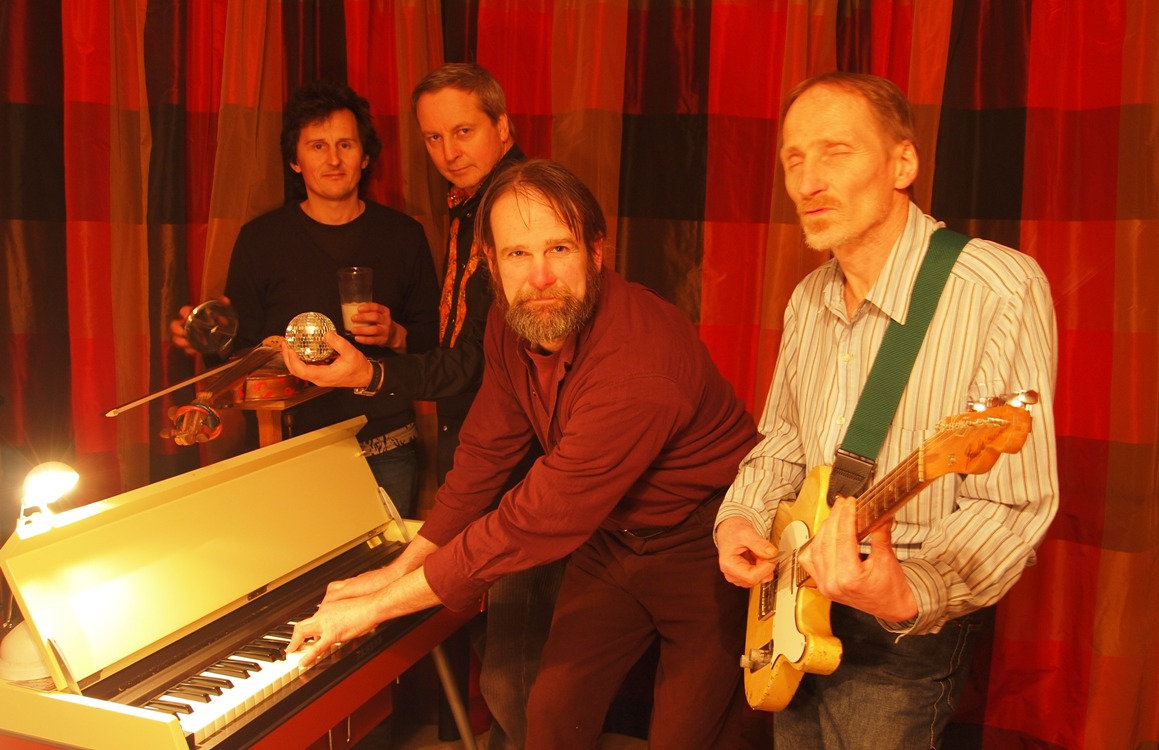 The second track from the Holding Hands Under a Cloudless Sky – A Tribute to the Television Personalities: Vol 4 album. The Puddle were a Flying Nun label band from 1986-1993 releasing three albums with the legendary label.

The reformed in the mid-00’s and have now released a further five albums under the  Fishrider Records label.

If you like all things stunted kiwi jangle this is your band! 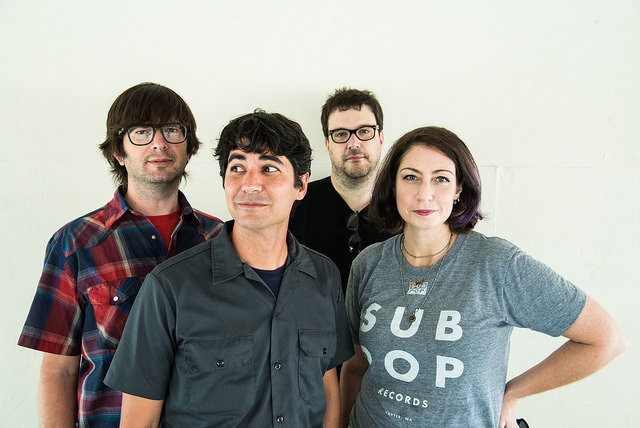 This is my favourite track from the 2006 album “Volunteered Civility and Professionalism (out of Dischord Records) from the same Soccer Team band that I featured in Fickle Finger #0001.


This album contains half a dozen tracks that should be immediate playlist fodder for any self respecting indie/jangle-pop fan.


Thanks for tuning in…if you have questions or comments drop us a line.