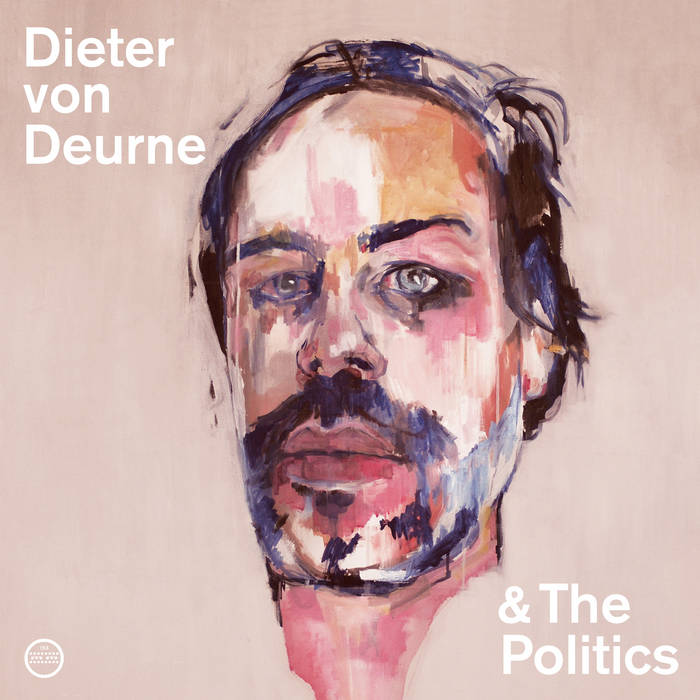 Some of you might remember Dieter Sermeus from his late 90’s to early 2000’s days with the band Orange Black, who were the sort of alternative rock band that could flirt with both hard-edged faux grunge in one track and then provide an occasional glimpse of beautiful jangle in the next (if you have never heard (We’ve Lost) Gravity from their ‘Morning Notes’ album, that is also out of Morr Music, then I feel honoured to elicit the introduction!)
As Britpop started to take hold of the European music scene, Orange Black split and Sermeus took a decade long sojourn away from rocks noisier climate and formed the critically acclaimed The Go Find (again still enjoying patronage with Morr Music) who flitted between indie-pop and occasional indie-rock.

However you cannot keep a rocker down for long and this debut album by Sermeus’ latest band, Dieter Von Deurne & The Politics sees a return to his rock sensibilities, albeit in a somewhat different format that seems to visit numerous nuances of the jangle-pop genre both throughout the album and more specifically occasionally giving the listener an inter-track tour around 90’s noise jangle.
It is in these ‘inter-track tours’ that we see the best of this band. For instance a track such as the superlative Channel, announces itself by delving into the sort of dull muted jangle that typifies The Loft in terms of melody and The Bats band in terms of Dunedin atmosphere, before suddenly giving the listener a hint of what is to come with two quick screamed one line hooks that are backed by the sort of distortion that startles at first listen.

The track clings to its initial melodic sensbilities desperately until about two thirds the way through when the distortion finally wins the battle of the interplay and drowns it out in wave upon wave of Dinosaur Jr distortion and feedback.

Similarly the opening track, Nuclear Love, emphasizes numerous jangle-pop reference points. The background distortion again hints at a middle ground between Dinosaur Jr and the quieter moments of Sonic Youth. However this time the melodic guitar pop of the likes of Teenage Fanclub becomes victorious in the interplay as the track is held together by the sort of spaced out vocals that hint at Ben Bridwell (Band of Horses) or Ride type falsetto brilliance.

In many of the tracks there is this antagonism been the different styles, but it is a musical angst  that oozes natural originality rather than musical pervisity and also typifies further tracks such as Love Trouble (With it’s Hate Your Friends era Lemonheads meets manic My Blood Valentine weirdness) and The Law of Misunderstanding.

However this album is not all about the juxtaposition of jangle-pop to different levels of noise and fuzz, for their are times when Sermeus definitively drops the tempo, intensity and a vocal octave to provide us with tracks such as Knausgard, Reckless Kids and the albums true stand out, Heart Shaped Stone (see above) to provide the brilliant mayhem seen in may of the other tracks with a solid, infinitely more beautiful anchor.

For the committed jangle-pop fan this album really has a brilliant something for everyone.