Album Review: Vauxhall and I by Morrissey (1994) (Parlophone) 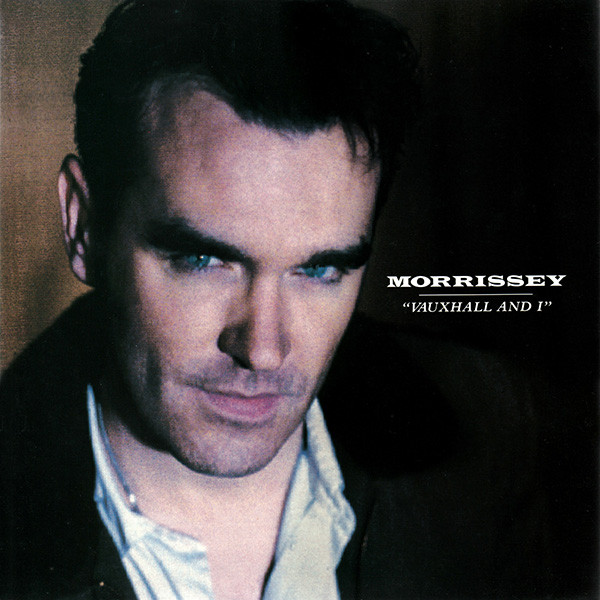 Without doubt this was the most personal album that Morrissey had released since the debut album by ‘The Smiths’ over 10 years earlier gave clues about the shaping of his sexuality as an adolescent.

The album is full of reflections on friendship and death, resulting from a period of Morrissey‘s life whereby three of his best friends, including Mick Ronson (ex producer) and his manager passed away…as such for once the ‘Pope of Mope’ genuinely had something to moan about rather than just indulging his memories of the harsh realities of his previous bedsit world. As such It is an album of genuine emotional substance rather than a gripe at the first world perception of what a problem entails.
The initial track, I know my Heart Is Full seems to portray a contrasting bitterness and joy about having a heart so full with love for his friends that no one else can seem to fit in. Possible allusion to mates of yesteryear shows that perhaps Morrissey simply cannot trust too many others, thus making the death of the friends he had recently lost was even more painful and poignant. Such pain is seen throughout the album with Hold on To Your Friends (see below) urging the listener never to take true friendship for granted as there ‘might just come a time / when you need some friends’.


Hold On to Your Friends

In fact death in general permeates most of the tracks. From the subtle reference to the actor Patrick Doonan who committed suicide in the opener to the more obvious references of ‘shelled children‘ in the Lazy Sunbathers and Lifeguard Sleeping, Girl Drowning.
You will not find much of the notable sardonic wit that generally imbues Morrissey’s lyrical back catalogue with humour, as both the subject matter is too dark and indeed the particular stage of his life is simply emotionally bereft. However even in the depths of despair the man cannot fail to proffer sideways swipes at Londoners and the ‘London life’ he was residing in.
The Cockney chunterings sampled in the brilliant Spring Heeled Jim (see below) are nothing more than barely hidden ridicule of the kind of cockney talk that was always very badly portrayed by the middle class actors in the 1950’s who just could not master the lingo but is equally annoying to Morrissey and indeed many northerners in in real life. Billy Budd also samples a cockney line at the end and there are frequent alliterations to the whole London existence, even the title ‘Vauxhall and I‘ referencing his nearest tube station.
Spring Heeled Jim

Although the whole London thing provides the only moments of humour on the album, they also brilliantly serve to highlight Morrissey’s loneliness in his ‘fish out of water’ existence away from his northern roots, which only accentuates further his loss and hopelessness at the demise of his friends.
There are certainly more enjoyable listens in Morrisseys. back catalogue, but perhaps not many with so much meaning.
Artist Links