Single Review: Every Story is a Ghost Story by The BV’s 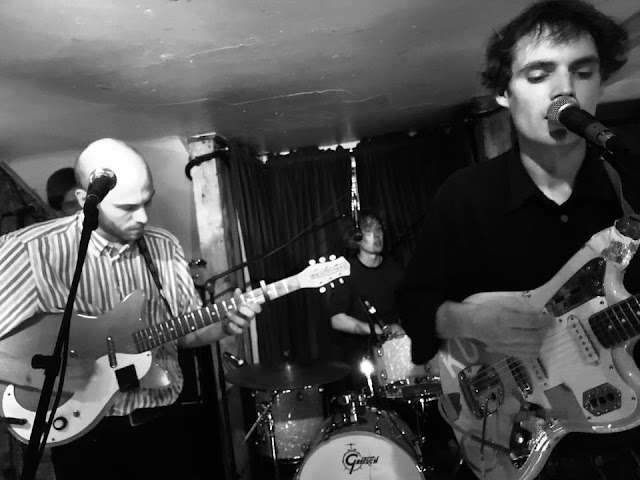 Releasing a critically acclaimed EP and album, being signed by a Kleine Untergrund Schallplatten label that houses the likes of The Luxembourg Signal (who they then toured with), Pale Lights and Jetstream Pony, getting to release this lovely vinyl 7″ out of ‘we only deal in musical cool’ Cloudberry Records and sharing a stage at the 2018 Madrid Popfest with the likes of the BMX Bandits, might be construed as a signal to internally scream ‘You Da Man’…especially if all the above happens within a couple of years of starting the band.
Due out sometime in the European autumn (it is already available of pre-release at the Cloudberry store, see the links at the end of the article) the The BV’s have released another beautiful two track single which janglepophub have been lucky enough to get a sneak preview of.

The A-side, Every Story is a Ghost Story, is dominated by the sort of beautiful jangled riffs that the no-name tracks on their Interpunktion EP provided. All vivacious, slightly truncated and clouded in the slightest muffle, such beautiful guitar work provides an antithesis to the echoed,almost Stone Roses style vocals that typifies the best of their sound.

The b-side, Happy, Alright is stylistically different, yet remains defiantly beautiful and definitively the BV’s, as it takes a trip back to the more jangle-gaze sound of their debut, Speaking From a Distance, debut album.
This track generate extra refinement and leverage from the sheer clarity of the jangled guitar riffs which are entwined throughout a stratospheric vocal delivery that was simply made for the term jangle-gaze. It is almost as if this track is the sound of The BV’s reminding the world and themselves of their personal Shoegaze alliances and perhaps returning to their roots after the ‘pretty’ of the Interpunktion EP.
At some point the frenzied success of this band must subside, even if it is just a tad…just not with as a result of this brilliant single.