Fickle Finger #0006 is all about 2018 with blog readership providing their favourite bands and then out Editorial team (or me to be exact) giving 10 of my favourite tracks this year.

There is a little bit of text and pictures for each band/track below as well as the Mixcloud playlist. Enjoy !!!

The following bands got the most submissions in September Twitter play list regarding the Best of 2018. Ten absolute crackers to start the Fickle Finger #0006 off with !!!

Just as the city of Melbourne seemed destined to take over the Australian jangle-pop throne in 2018, Brisbane based band The Goon Sax, incidentally led by Ex The Go-Between’s Robert Forster son Louis, stepped into the ring and wrestled the crown away with their September release of We’re Not Talking out of the Wichita Recordings label.
The good members of the @janglepophub Twitter nominated over half of the album and naturally I have ignored them all to include my favourite track from the album.
Artist Links:  Facebook / Twitter

Although Massage fell slightly behind The Goon Sax in terms of the number of nominations as a band, this track, from the Oh Boy album out of Tear Jerk Records received by far the largest number of engagements (link clicks). This is hardly surprising considering the smooth melodic jangle has the ability to get even the hips of this old arthritic grunter swaying.
The initial vinyl pressing of just 150 was sold out extremely quickly (I missed out!) and I am sure I am not the only one desperately awaiting a re-pressing !!!
Artist Links:  Bandcamp

It was no surprise to see this Scottish. ex Sarah Records band near the top of Janglepophub readership favourites considering there is a ‘like frenzy’ on Twitter at the merest mention of their name or one of their tracks.

As such this single from the WIAIWYA label current run of vinyl 7″ releases was almost a certainty for inclusion, especally as it is brilliant.

Everyone went ballistic for Melbourne’s RBCF after the 2017 EP, The French Press, found the perfect balance between lo-fi and ramshackle jangle-pop and sneered at those who simply presumed that their signature with a major (Sub Pop) would naturally mean selling their soul and resorting to flourish filled over-production.
Not at all. The label plainly gave them carte blanche to do what they wanted and they wanted to do the same (thank goodness!).
This track represents the best from the absolutely superb debut Hope Downs album.

South Korea’s finest exports, Say Sue Me,  took everyone by surprise in 2017 with their break out album, Where We Were Together out of a Damnably label who backed them extensively with large initial physical format edition runs and a European tour.
The janglepophub readership have been all over this band all year and it was no surprise to see them voted so near the top..
Artist Links:  Facebook, Twitter

Young Scum have been well and truly on the my radar with the quite phenomenal Blue Schlurpee from their 2015 Autumn August EP being included on the very first Fickle Finger play list (see here) and the 2016 Zona EP getting all manner of love from the @janglepophub Twitter followers.
As such their debut eponymous album out of Citrus City Records was eagerly awaited and with Pretty Olivia Records picking up the rights for their first vinyl release with tracks such as my personal favourite, Freak Out, they have the backing of two wonderful labels.
Artist Links: Twitter / Facebook

Perhaps not quite my favourite of the batch but this episode of the Fickle Finger is all about what has floated the janglepophub readership’s boat, this year and as such I am a mere slave to their whims !

However it is not hard to why this Liverpool, UK based band would appeal with their slightly more psychedelic version of Simon and Garfunkel’s jangly folk-pop / Sgt Pepper The Beatles, finding a natural home with The Coral front man and professional Liverpudlian, James Skelly‘s label, Skeleton Key Records. After teasing us with a couple of singles in 2017, including the ridiculously brilliant Had Enough, Jetstream Pony finally negated our need for more with the superb Self Destruct Reality EP out of Augsburg (Germany) based label Kleine Undergrund Schallplatten who added them to an already impressive roster including the like The Luxembourg Signal, Pale Lights, The BV’s and Friedrich Sunlight.
Obviously with ex-members of notable bands such as Turbocat, Aberdeen and The Wedding Present in their ranks the band had a lot to live up to. They most certainly did with this track leading the general brilliance.
Artist Links:  Twitter, Facebook

Spanish label Meritorio Records are responsible for some of the best vinyl released in 2018, having added the plastic for bands such as Holy Tunics, Poppel and The Seams.
The fact that Swedish band Stephen’s Shore fit so easily into such exalted is testament to the clarity of their beautiful guitar riffs that the janglepop readership  have been gushing over for a couple of years now. Whilst I personally feel the album may have slipped into a more shoegaze direction compared to the previous EP releases, the undoubted beauty of their debut September Love album was still very much in favour among the blog readers.
Artist Links:  Facebook / Instagram

The Holy Tunics were perhaps the most celebrated surprise package of the year with their multi-dimensional Butter Dish album.

Flitting effortlessly between the acceleration of bands such as Rolling Blackouts Coastal Fever and the more ramshackle scene of their Brooklyn home town. Possibly the most engrossing album of the year in my opinion and many of the janglepophub readership too.Artist Links:  Twitter / Facebook

Tracks I have obsessed over at some point during 2018 that are not included on the Readership Top 10…in no particular order as it would be like rating my children !

This is the title track from the Lawn debut out of the Forged Artifacts label. Not quite sure why this track constantly held my attention as other tracks such as Oh Boy and Clank certainly have a more immediate appeal.
However, somehow this track reminded me of a mixture between the morose end of Chook Race and the clanking arid nature of my current favourites, Lewsberg.
Artist Links:  BandcampBand Blog

One of the first album that we reviewed in 2018 was This is Glue by The Salad Boys who play out of Christchurch in New Zealand and are backed by the increasing essential Trouble In Mind label from Chicago.
This track from the album is also possibly my longest lasting obsession of the year as the juxtaposition of Kiwi indie and that strange echoed ‘end of the post punk era jangle’ just keeps pulling me back for more.
Artist Links:  Bandcamp, Facebook

Despite a fervent following engendered by her brilliant live performances and the 2016 Habit EP, we had to wait over three years for the beautiful crestfallen tranquility of Lindsey Jordan’s voice to get the full album treatment, via the indie behemoth Matador label.
Effectively I could have chosen any track from her debut Lush album and it would have been a winner, but somehow the warmth of this one just draws me back repeatedly.
Artist Links: Bandcamp, Facebook 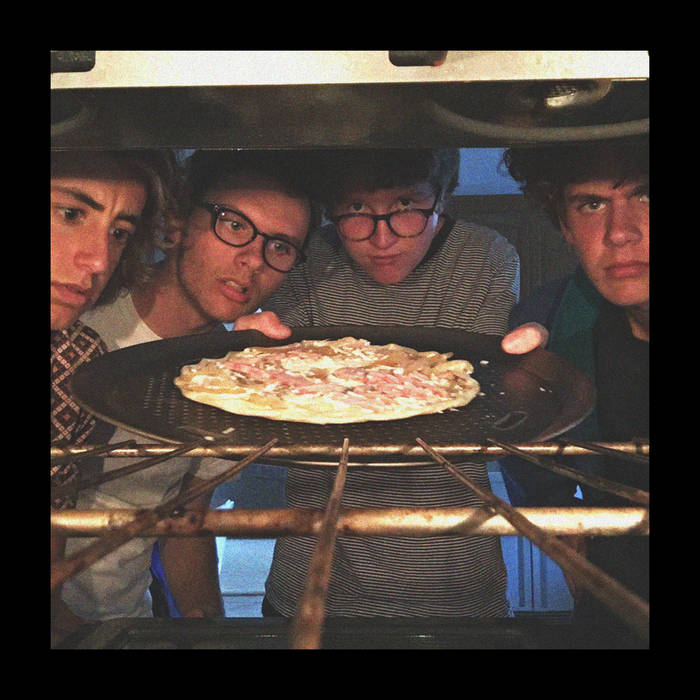 I know very little about this California based four piece other than what their limited Bandcamp profile reveals.
What I do know is that the sound of both the tracks on their self released brilliant Highland Demos singles is reminiscent of the natural energy of The Housemartins mixed to the deliberately slightly dead pan flat vocals that dominates much of American indie and jangle at present…superb stuff that really needs to be surrounded by about 8 more tracks for an album !!!
Artist Links: homebaseband.com

French label Howlin Banana Records have already had a stellar 12 months with superb releases by the likes of Brace! Brace! and The Soap Opera all whetting our jangle-pop whistle with their off centre melodic pop.
With this new single from Bordeaux based skew popsters Bootchy Temple, it would appear that they are continuing such fine form. A band and indeed label to watch. 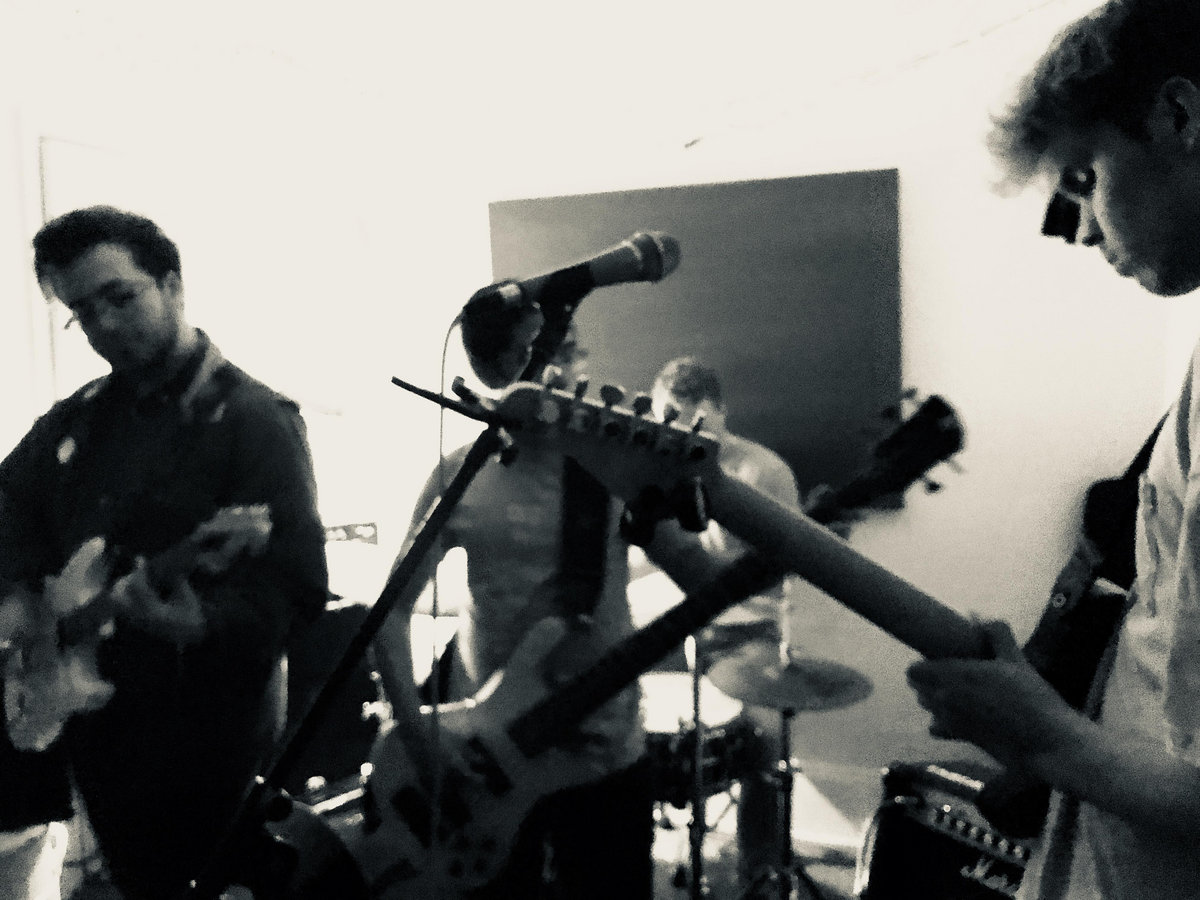 I listened to this album a lot. I liked it. I just could not decide whether I liked it enough to spend time reviewing it and thus give it my ultimate seal of approval (which may well still happen at some point?).
What I did know straight away was as soon as I listened to the opening riff and hooks of this track and its glorious Brakes style grumbling vocals that 1. I was totally captivated and 2) It was going to find its way to a Fickle Finger playlist very soon !
Artist Links:  Facebook /  SoundCloud

Forgive me. It is Lewsberg, the Rotterdam based four piece again. Regular janglepophub readers need no further introduction and will know they are my finds / favourites of 2018.
A list of my 2018 obsession tracks would not be complete without my ultimate one !
Artist Links:  lewsberg.net  /  Bandcamp

The Dirtnap Records label have been fine purveyors skew pop and rock since 1999, but have been a bit quiet by their standards so far in 2018. However quality made up for quantity with the release of the sophomore album from this Madison Wisconsin four piece.

I am a complete sucker for dead pan, inert vocals and this track nails that aesthetic brilliantly amid the mayhem of gloriously ramshackle jangle-pop.

Perhaps I am stretching it just a tad to consider this baroque / folk pop as jangle-pop…but who cares, this song is such a beautiful track that it deserves to be on every musical playlist ever and it’s rumbling, fragile, jangling dominant riff, that holds the whole thing together eases my ‘inclusion guilt’ anyway!.
In fact, Emily Brown‘s whole Bee Eater album, is proof perfect that old janglers like me can still find musical beauty in different, albeit often co-joined genres.

We reviewed LA based, The Pantones upon the release of their debut 2017 EP For The Ones Who Love You (see review here) when they were a teenage four piece providing the older listeners with a trip down memory lane in a sound that touched upon many of the better parts of the 1980’s post punk / jangle-pop experience.
Now a three piece with no discernible loss of quality, this B-side now moves towards a more spaced out The Luxembourg Signal type jangle-gaze feel, again mixed with all manner 1980’s riffs. A band with so much potential you can almost touch it !
Artist Links: TwitterInstagram