Design a site like this with WordPress.com
Get started
November 18, 2018December 11, 2018 Darrin Lee 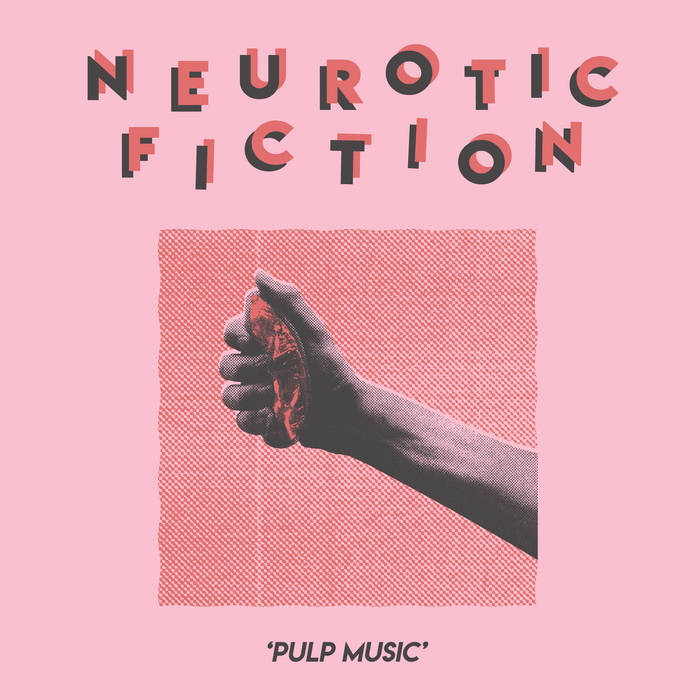 It is the law of the veritable ‘sod’ that the very moment a ‘best of 2018 so far’ article is posted, Murphy will exercise his considerable muscle and ensure that another obvious contender is posted soon after…Ladies and Gentlemen, I give you Neurotic Fiction‘s debut album, one so fine it completely exposes janglepophub continued sufferance of premature unhatched chicken counting.

Although the album consists of two primary musical groupings, it certainly does not reduce the all-consuming complexities of the overall aesthetic. The initial conglomerate of tracks, led by the brilliance of lead single Collateral, Mediator, Meaning of Lyf and stand out Bell Curve, juxtaposes the current Brooklyn ramshackle jangle-pop of bands such as Olden Yolk and Holy Tunics, to the propulsion of a C86 style  Shop Assistants or The Groove Farm.

Somehow amidst the glorious cacophony, they always manage to maintain an improbable foot in the indie pop camp primarily due to the slightly disinterested, deadpan nature of The Popguns style female vocals whilst the other foot kicks obtuse and various post-punk nuances about within the sound. It is a strange, improbable and largely undiluted mix, but one that is as beguiling, as it is unique.
Bell Curve
The modern, 1960’s inflected, hazy, almost surf pop vibe that bands such as MELT, Lawn, Tennis Club and occasionally Say Sue Me are purveying leads the second grouping of tracks. These are led by opener Social Animal, the superlative Generals and the strange yelping Psyche-Pixies style mix of Loose End (see below), all of which add a definitive ying to the rest of the album’s yang.
Loose End
I have a feeling that this album is very likely to end up on dozens of ‘cool blogs’ in their best of 2018 articles come January 2019…and so it should.
Artist Links
Facebook / Bandcamp / Instagram
Label Links