In my post mid life crisis years, I have noticed I am perceptibly more unyielding. I don’t really like change anymore. My chair is my chair. My tea always tastes better out of ‘Dad’s cup’ and a post Sunday lunch kip is taken, whether I am tired or not. Music does not escape such intransigence. This blog has regularly seen me rally against the increasing tendency towards jangle-gaze that infiltrates my  favourite musical genre.

Unless of course it’s The BV’s. For this band tend to get the perfect juxtaposition between the atmospherics of shoegaze and the sheer beauty of crystalline jangle-pop. This release sees the general brilliance of their back catalogue fortified by an increased sense of  ‘epic’. 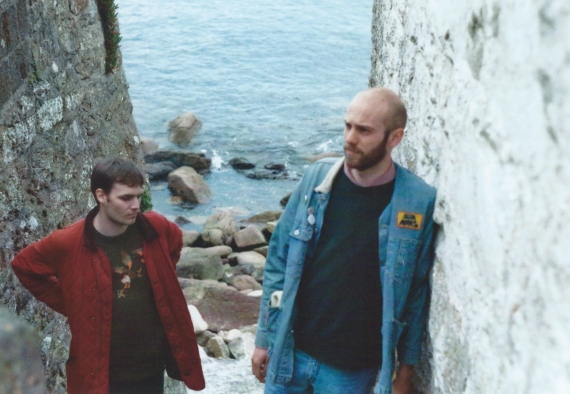 Tracks such as Catapult, (see below), Vertigo and Be Lonely Together, accommodate the morose gaze laden vocals of Ride with the melodic sensibilities of Slowdive, whilst at the same time adding that sense of increased momentum that promises the sort of obvious, tantalizing crescendo that they are just too damned cool to ultimately provide. Such tracks have an atmosphere of perfect desolation.

Of course, as anyone who has followed this band over the last two years will know that this Anglo/German two-piece (Fred Jehle – Augsburg and Josh Turner, Falmouth UK) are becoming increasingly famed for producing beautiful jangled riffs that fail to repudiate any obvious reference points.

Such exquisite originality courses it’s way throughout the album, with tracks such as Aspen Tree (see below) , Tessellate, Gentiana,  Ja Toll,  and the title track being the tracks that will probably be he ones that are played repeatedly by devoted jangle-pop fans.

After the superb Interpunktion EP and a couple of celebrated singles, it feels like The BV’s have never been away. I hope it remains that way… but I will buy this album just in case I miss them !