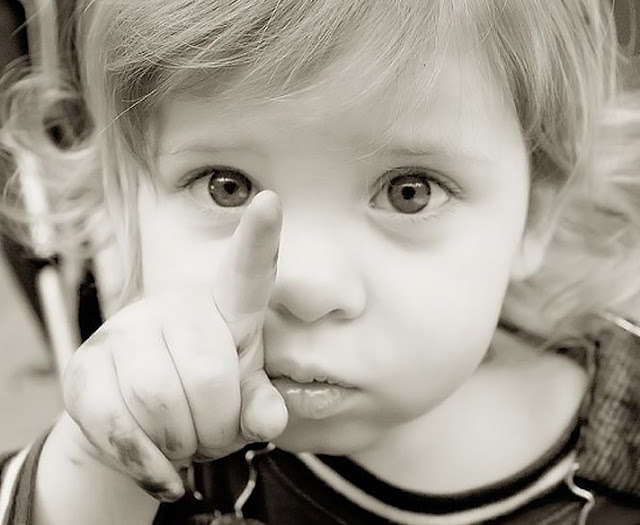 Welcome to Fickle Finger #0009. This time around the Fickle Finger is just pointing at whatever music the Editor has been enjoying over the last few weeks 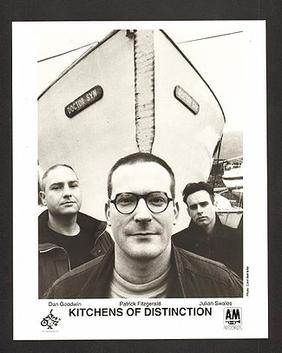 Apart from with the cool indie (very) trendies ‘the Kitchens’ did not really garner much commercial or underground success when they were around the first time. This was primarily due to the fact that society had not really accepted the explicit political rhetoric often found in their lyrics and the fact front man was openly gay.

15 years on, in the early 2000’s the UK had changed somewhat, people began hunting out their old vinyl and such new interst resulted in them reuniting a few years back…this is a track from their very first and best album.

#2 – Mass of the Fermenting Dregs

This band describe themselves as Post-Hardcore, but then the Japanese could consider The Field Mice as heavy rock, such is the plethora of fluffy pop they are surrounded by.

This is the first album after their reformation in 2016 and whilst it is nothing ‘hardcore’ this track is urgent and persistent enough to be on everyone’s pre-Friday night out playlist. A Great band indeed! 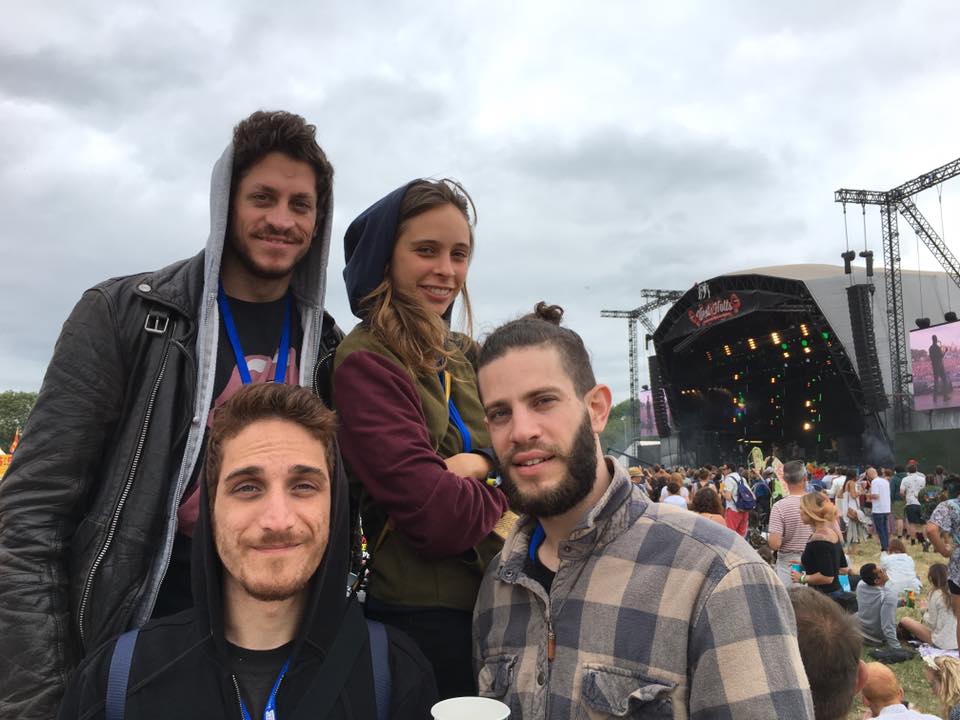 I know little about this band other that they are from Tel Aviv, Israel and this is one of several absolute jangle-pop bangers from their recently released second album.

I also know I would like to sit the lead singer down on my sofa and just bring her lots of presents such is the sultry ‘indie cool’ / Beth Arzy style nature of her voice. 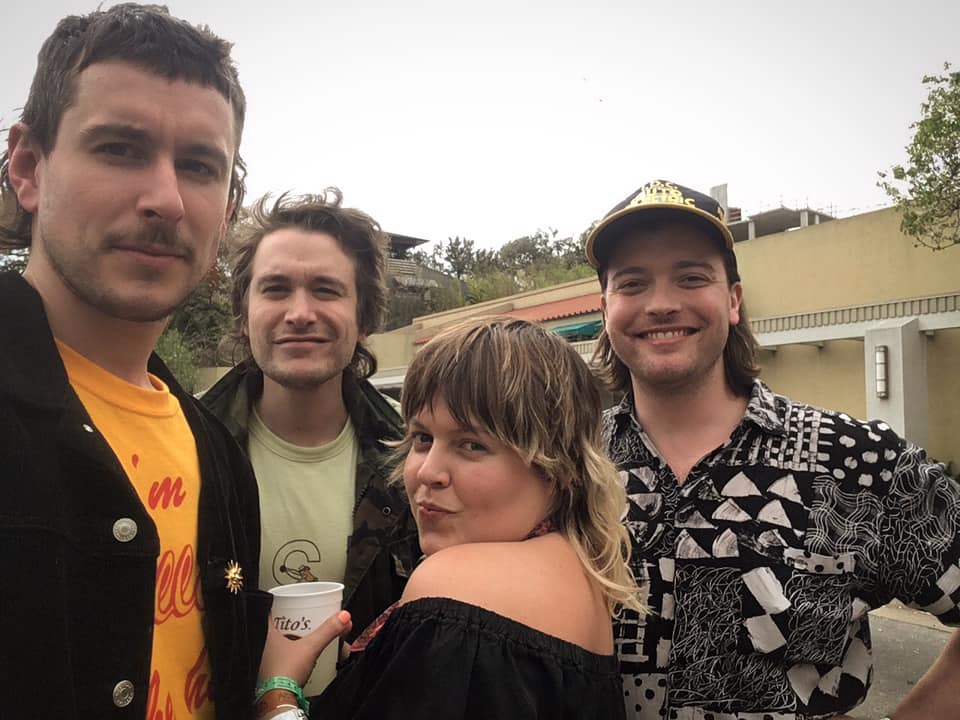 Out of Toronto, Twist are the project of psych-popstress Laura Hermiston ( also of The BB Guns) an Brian Borcherdt of Holy Fuck.

This title track off their second album, is typical of a sound that still has the slightest of psych edges, but has increased both the jangle and the pop compared to the BB Guns aesthetic. This track has the insistent guitar thrum of the loudest of The Woodentops and the softest of The Feelies and still manages to blend the most precious of indie-pop to the sound…Think bratty Kings of Convenience with added testicles.

Another band seemingly intent on ensuring that Brooklyn, NY, becomes the epicentre of all that jangles. The Jeanines are without doubt the biggest anglophiles of a wonderful crowd.

At once transmitting the  floating waft of all things Sarah Records and juxtaposing it with huge slices of C86 ‘where do we go now’ cool, this band seem destined to become Slumberland‘s next indie poster-band. 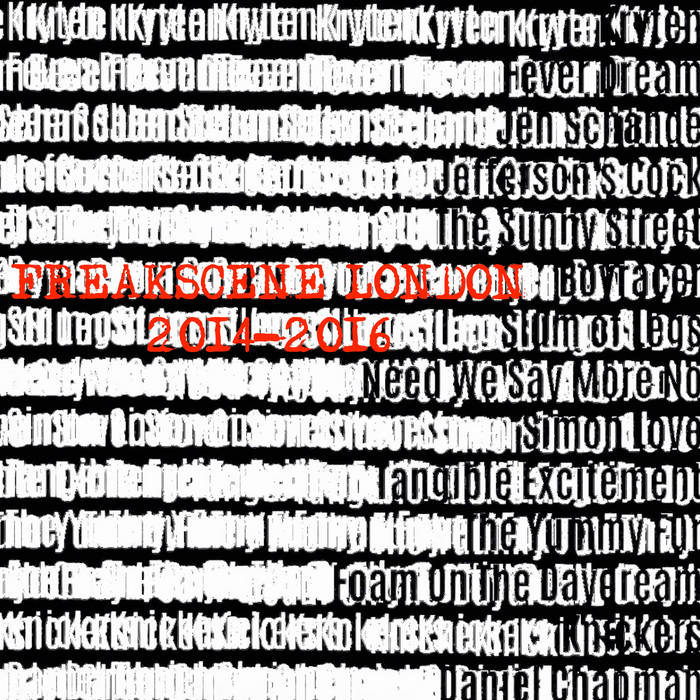 I only stumbled across this Freakscene compilation about 6 months ago and it has been something of a constant attraction to my mouse button, as it’s 19 tracks represent the best of the alt.indie that was around a few years back (includes the likes of Yummy Fur, The Fireworks, Boyracer and Fever Dream).

Despite stiff competition this track from the previously unknown (to me) Foam on the Daydream is the best track on a highly recommended comp. I saw these in Dublin in 1990 and immediately purchased the vinyl EP from a record shop that was so intensely cool I cannot begin to remember the name of it (there was loads in those days)…It was my first time in Dublin (on a stag weekend for mate of mine who had sired a child way too young!) and to this day the mere smell of Guinness gets this glorious track resounding in my mind. 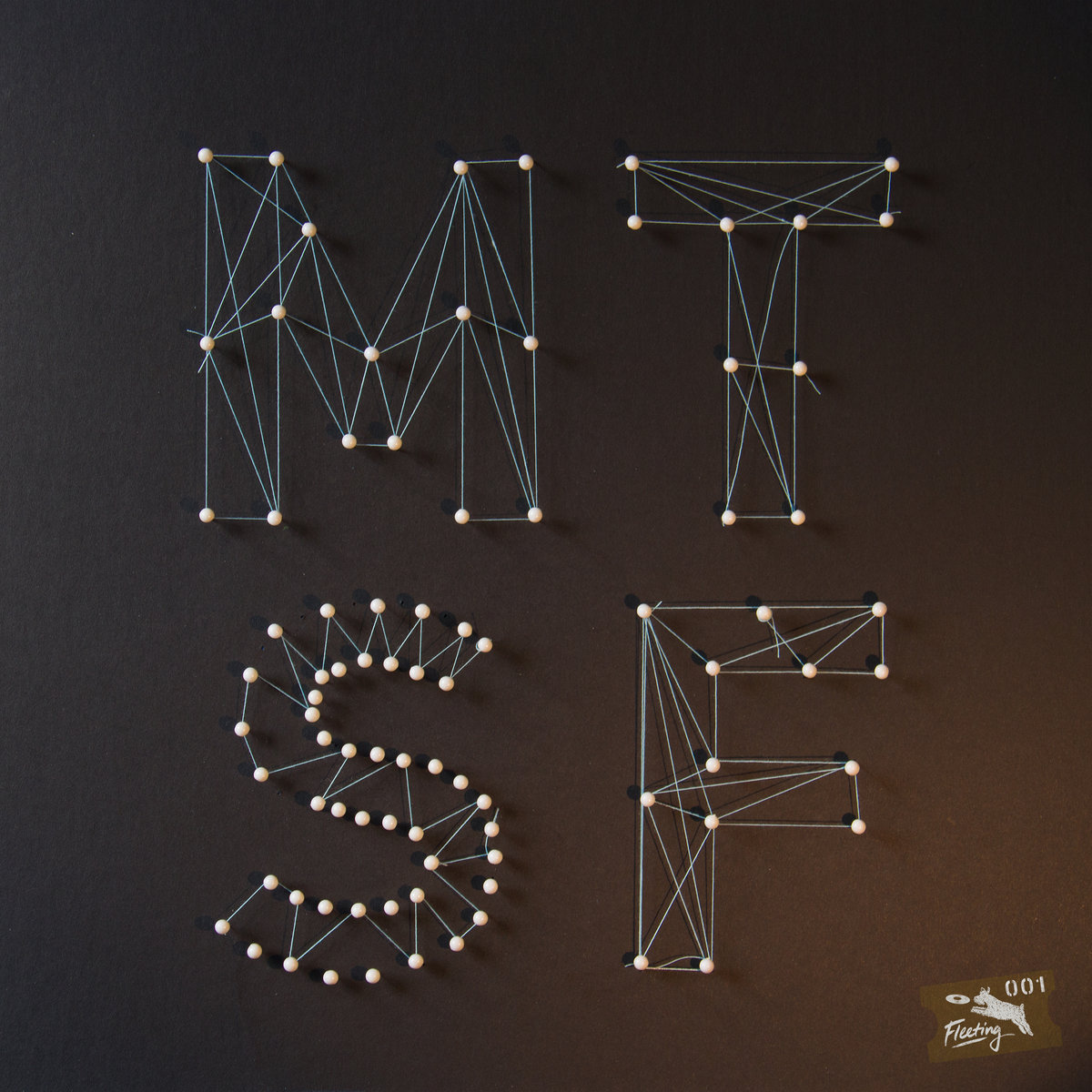 New San Francisco label, Fleeting Media, have been causing quite a stir with their backing of Brazilian band Churrus of late. However label mates and fellow Brazilian band Multisofa are perhaps responsible for the best the label’s best release with the MTSF album that this superb track is from. Now I have pretty much everything of theirs including this Seven Summers International Pop Volume 2 various artists compilation which superbly backs them with the likes of Acid House Kings, The Legendary Bang, Watoo Watoo and numerous other cult indie-pop type bands.

Track: Whose Sleeping on the Throne From: All Those Freaks  Label: Meritorio Records  Year: 2019  Listen Here:  Youtube  Playlist Time:  30:24 Whilst every lazy blog is comparing their sound to The Beatles, those that actually listen will find that certain 60’s The Byrds jangle-pop inflections are met with full force by a counter aesthetic that can and does bounce anywhere between the brooding mood of The Turtles and the occasional playfulness of the Postcard bands.

This track is arguably the best from a band who have made a mockery of the difficult sophomore album adage.

Fanclub mixes the sort of modest twee infused indie-pop of a 90’s band such as Holiday and adds a delicious swirling atmosphere that is only saved from the clutches of dream-pop by their crystalline jangle-pop. Altogether they are more becoming of Brooklyn rather than Texas…a genuine contender already for EP of 2019. 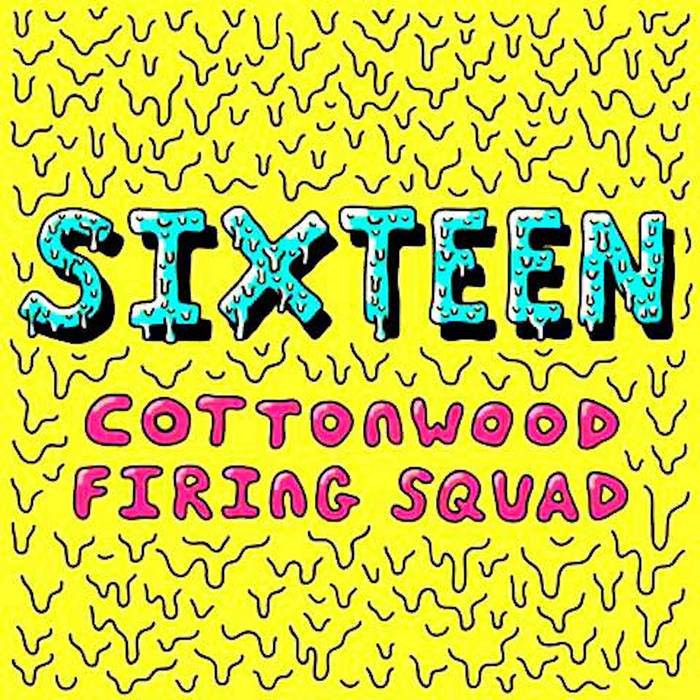 I very rarely select tracks over 5 minutes long for any Fickle Finger and if I do I always qualify such an inclusion with a somewhat trite ‘oh but the track develops so well’.

However, this track does not develop. It just grabs you with it’s cloying psyche-pop hooks and never lets you go. My absolute favourite from the Billi Rodriguez moniker.

Surf Curse man Nicholas Rattigan’s solo project has now seen him release 5 albums since 2014. Arguably the best is this compilation of the tracks from his various EP’s.

In comparison to Surf Curse the Rattigan solo work, is more driven, more muscular and lyrically more introspective and in my opinion slightly more worthy than an already brilliant Surf Curse back catalogue. I suppose The Greenberry Woods should be described as power-pop. However, the fact remains that shining within their horribly limited back catalogue (just two albums prior to a re-union album in 2018) they could turn their hand to just about everything from The Byrds inspired jangle-pop to The Posies style power-pop when they were at their most abrasive.

This track is TGW doing Teenage Fanclub guitar-work and doing it brilliantly. So very 90’s !!!

Once you have played one 1990’s power-pop track it becomes very obvious that just the one will not suffice. Thus in keeping with several Friday nights in the company of 90’s power-pop recently, I re-acquaint or introduce you to the brilliant Myracle Brah.

My Paypal mail is janglepophub@gmail.com if you want to thank me financially !

Track: Age of Consent From: 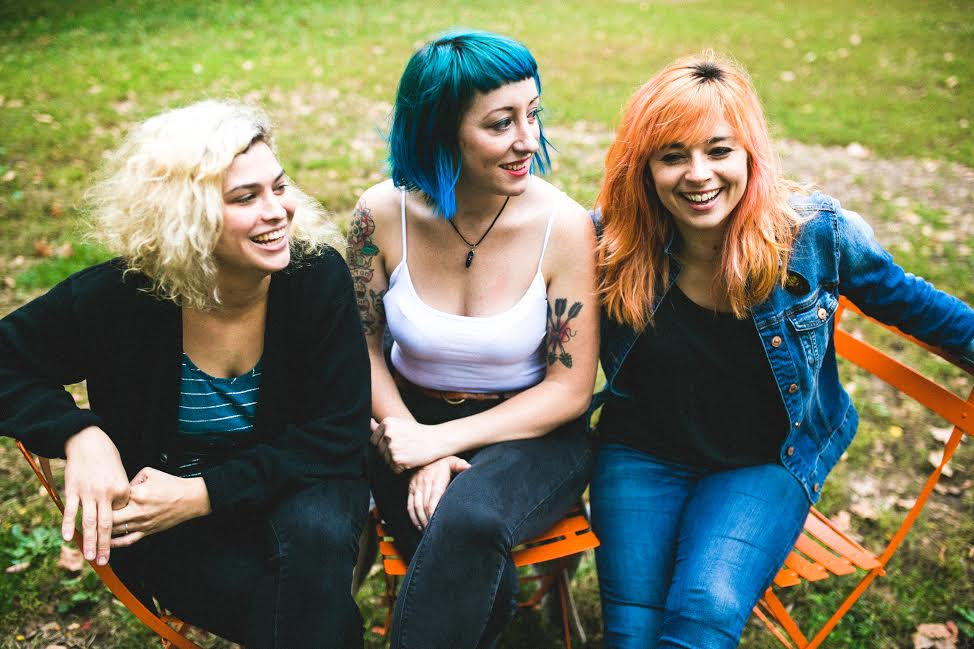 Cayetana are playing a three gig farewell tour in very early August…Despite incredibly stiff competition this is my very favourite track from the all female Philadelphia three-piece.

Thanks for everything ladies…you will be truly missed!

This track was the final flyer single from the above album and is typical of the sort of dominant contemporary folk mixed with fellow LA dwellers The Babies-like manic jangle that Tucker layers around her almost confessional sincere lyrics to.

The slight scream to her vocal delivery when she becomes passionate reminds me of the Amanda Palmer / Dresden attitude. 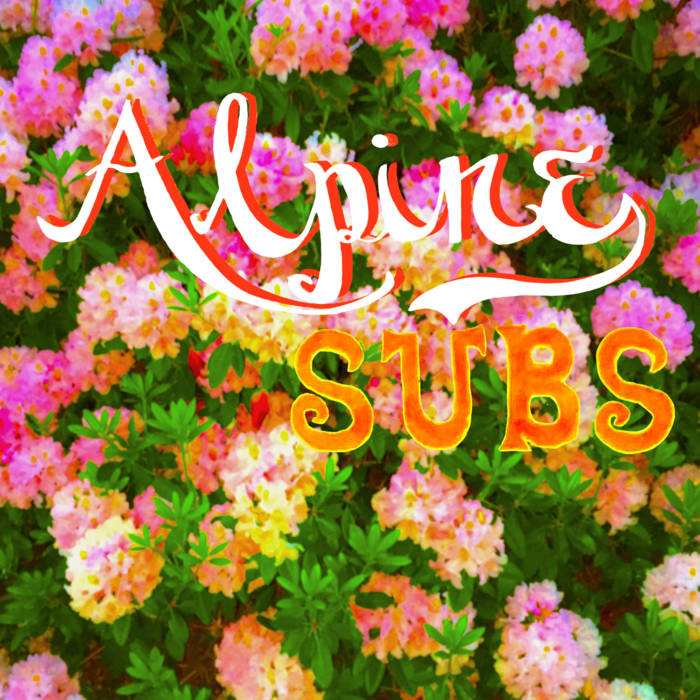 Forgive our self indulgence for the wonderful, gorgeous, luscious pop of Alpine Subs is a band on this blog’s Subjangle label…therefore you will probably dismiss their inclusion as mere self-promotion.

…that is until you give them a listen! Coming on a CD near you soon for about a fiver !

We hope it was worth the wait and that Fickle Finger 10 will be out sooner!