EP Review – Nothing in Your Heart by Life With Patrick (1990) 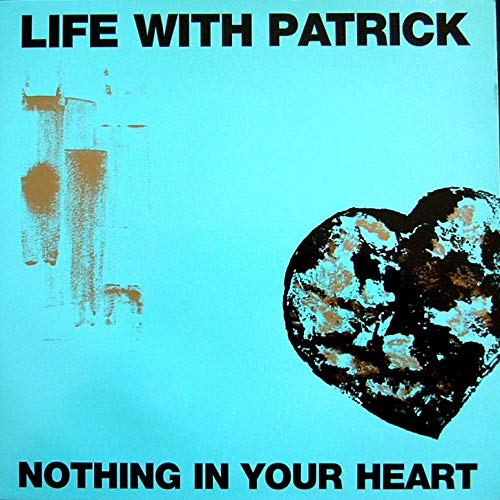 My Mum found a lost box of my old vinyl (I left home 30 years ago) in the garage sometime back and as mum’s will, moved heaven and earth (and her bank balance) to get them shipped across by expensive courier, thus ensuring that the sticky fingers at the South African Post Office did not ‘borrow them indefinitely’.

It was packed full of old singles I had amassed during my University days. One of these glorious pieces of plastic was this 12″ EP out Marc Riley’s In Tape label (or as us Brits call him, ‘Lard’), which had also housed 1980’s weirdy/cult pop luminaries such as Gaye Bikers on Acid, The Membranes, Yeah Yeah Noh and Asphalt Ribbons.

Whilst this EP is a decent, if not immense listen, it is seriously interesting as it provides some sort of cartography as to how the post The Smith’s jangle-pop landscape had formed. As such we have the era’s almost obligatory Morrissey vocals being hoisted upon the various other dominant jangly perspectives of the late 80’s / early 90’s.

The title track starts of with pounding incessant Wedding Present / Cud guitar lines, layered with vocal What Difference Does It Make Morrisey-isms, before an outro tthat Mega City Four were bursting the ear-drums of early 90’s youth with formulates. The track could be accused of throwing enough mud at a wall and hoping some sticks…but somehow it all seems to fit seamlessly.

The next track, Favour (see below), is by far the best on the EP, but also the closest to direct plagiarism of The Smiths, as the frontman goes all William it Was Really Nothing as he weaves his passionately whined vocals through the jangly bounce of a The Woodentops style guitar thrum.

The final track, Something From Nothing is representative of all manner of the era’s jangly guitar-pop bands, with perhaps The Jasmine Minks being the closest reference point.

Life With Patrick went onto release one more EP (or 12″, as they were lovingly referred to in the days before CD’s dominated the stores) which was also in ‘the box’ and is effectively even more of the above….which is not a bad thing!