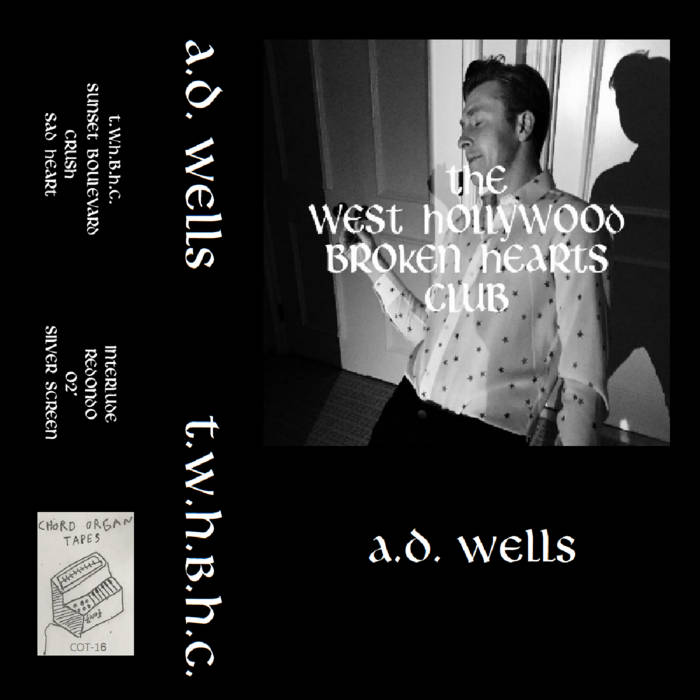 I had the same girlfriend for virtually the entire four years I was at University. She was from a working class Brummie family (a bit of a rarity at my Posh university – just me and her it seemed!?) who eventually broke my heart just after gradutation by running off with an ambulance man called Gordon.

Anyway, she had an Uncle who used to pitch up at her massive family weddings/funerals etc who A.D.Wells reminds me of. For ‘Uncle Callum’ did shit his own way and seemingly without a care in the world. Apparently he had about 19 degrees which he never bothered to utilize upon such trivilaities like work as this, in his own words, would ‘detract from his reading time’.

Similarly, when he would pitch up for such gatherings, everyone would be in the sort of  badly fitting Top Shop suits or dresses showing too much back fat that typified the uncomfortability of the working class going to ‘do’s’…not Uncle Callum though. He was coming in jeans, trainers and some sort of band T-shirt, even if his mother had died.

He was belligerent, opinionated, disrespectful and cantakerous and very, very different…but he could captivate a room when he entered it with just his mere presence and hold court with an anecdote like no-one I have ever experienced since.

A.D.Wells has such a presence/essence. I imagine him standing at the top of a hill somewhere in deepest, flattest Flanders (or some other muddy WWI battle field) armed only with a sharpened guitar plectrum, as hordes of precious jangly college rock / Sarah Records / The Smiths type bands coming storming at him bedecked with all the hardware at popular jangle pop’s disposal.

However, I would not back against him to truly not giving a flying fig and perhaps even being victorious in the ensuing battle as his is a sound that truly cares not about conformity and would undoubtedly repel those that are precious about such thing. It’s just pure, unadulterated antoganism to convention.

This is best seen in tracks such as the Sunset Boulevard, Crush (see above), Sad Heart and Redondo Beach (see below). These tracks follow a similar template with a singular dominant, dry tinny riff, avoiding any context of traditional musicality by sounding like multiple mistimed clocks jangling simultaneously.

Added to such discordant metronomy is the slightly uneasy feel that suggests The Fire Engines / Josef K may have had their guitarmaship deconstructed and then re-engineered by someone infinitely more comfortable with all things fractious and anxious, rather than melody.

Of course these anxious riffs should not be juxtaposed with a lo-fi, deliberately muffled and obtuse production. Neither should they be paired with a mumbled falsetto vocal delivery. However, just like Uncle Callum and his wedding trainers, the A.D.Wells aesthetic has that cool perverse aura that you just cannot help being beguiled by.

Too cool to bother with such conventions!