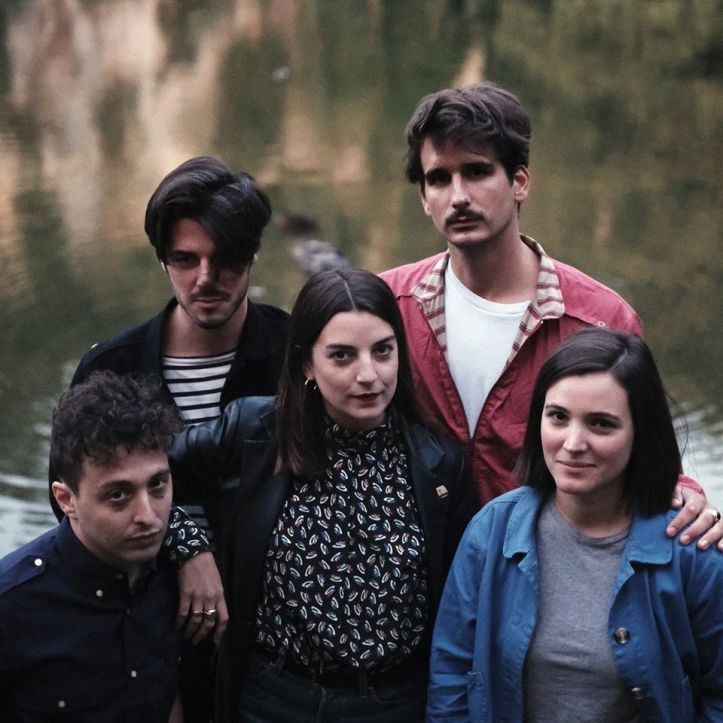 After the ride and intense thrill of their Lost and Found album (2018), Parisian quintet En Attendant are back with more of their brilliant same, served alongside subtle dissimilarites.

Initially (and thankfully), the exhilaration is still omnipresent, with tracks such as Somewhere and Somehow, In/Out and  Do You Understand (see below) battering away at the entrance of the bombastic indie rock door, only to be denied by a doorman insisting that they include at least one (often more) dominant jangled melody before entry. It’s still very much the energy of Dehd or DIIV played by people who worship ‘pretty’guitars.

Despite the retention of their inimitable wild energy, Julliet also add a sense of control to proceedings. As such Down The Hill, Words, When It Burns and the albums’ true stand out, The Light That Slept Inside (see below), remove layers of noise and allow the accentuation of lusicious swirling vocals and an increased recognition of the previously slightly hidden jangled riffs. The tracks tend to increase in intensity as they develop and many of the layers get added back on, but ultimately there is still a more confirmed sense of structure and definition to this new nuance in their aesthetic.

The new rough and smooth of En Attendant Ana works superbly on this album and perhaps signals a band finding increased belief in themselves and an extra sense of maturity. Long may they continue to develop !!!