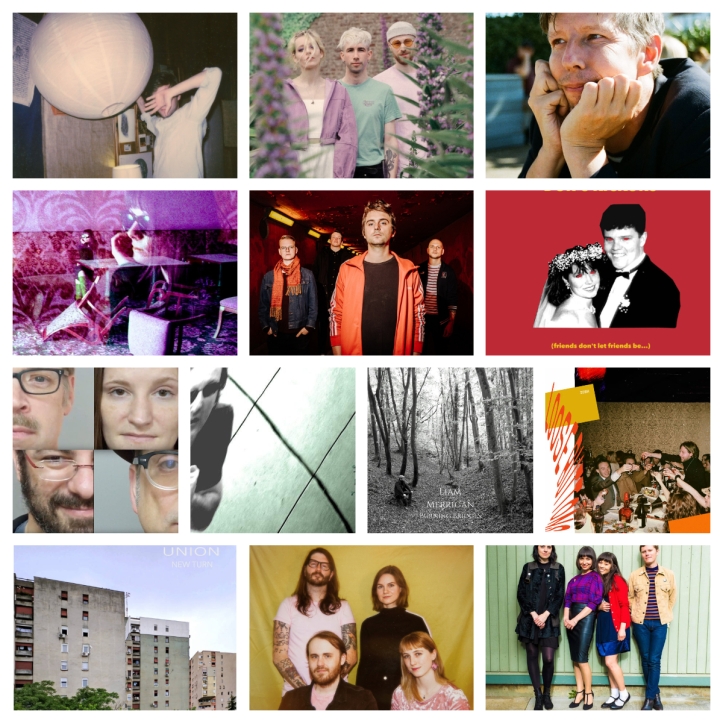 Welcome to this weeks new music recommendations and thanks to all the bands who have submitted music to me, even all the ones I could not select as their Britney Spears meets Death Doom Rock did not quite fit with the blog.

Even you like some of these acts please remember to try and support them in whatever way possible…a few bucks here and a bag load of social media mentions helps keep them around for our listening pleasure for a lot longer!

Possibly the most prolific indie-popper in the history of mankind, Darren Hayman is back with his first flyer single from his new ‘Home Time’ album…incorporating the acoustic strum of early Hefner yesterdays and his omnipresent ‘made for indie’ capricious vocals, Hayman (in all his brilliant guises) has been a mainstay of my record collection for 20+ years now.

The signature of Seablite sees the ever-reliable Spanish Meritorio Records label branch out from their trademark crytsalline jangle sounds, with the brilliance of a San Francisco act that sounds like LIPS lying down with Jetstream Pony…This dreamy fuzz could be the first essential EP of the year.

Mixture of brilliant Television Personalites style vocal infractions and lyrical playfulness and the muted dulcet jangle of the early The Chills aesthetic…if that doesn’t appeal, then your ears are basically dead, or you just don’t deserve any.

Strange, but totally beguiling mixture of jangly 60’s inflected The Roves style guitar melodies and that mid 2000’s stadium indie that produced much of the era’s earworms. Big and jangly…just how I like it!

Berkshire based singer-songwriter Liam Merrigan, has that almost casual melancholic vocal delivery, that sounds so perfect when littered among jangly guitar-pop…regular readers will know that singer-songwriters do not usually get our patronage, but this act just has that ‘something’.

Raleigh,North Carolina 4 piece who are a new act to me, provide the perfect balance between that slight The Velvet Underground distance and quirk and the better parts of  early 2000s harmonious/melodic guitar-pop. A truly great track.

Track:  Gulf From: Gulf (single) Label:  Self Released Out: Out now

After 5 years of inactivity since his brilliant ‘Grow’ album, multi instrumentalist Noah Kittinger has suddenly released three singles over the last year. For those of you who like their ambient, lo-fi jangle, forever appearing to teeter of an emotional precipice…this could be the act for you.

Track:  Way Home From: For Fear (album) Label:  Self Released Out: Out now

Ontario based solo artist Jay Newberry, creates fuzzed/buzzed out textures laced with the most precious of fluttering jangly guitars. It’s noise pop for those who care about melodies.

This Illinous based four piece, scrams at a simultaneously nonchalant and breathneck pace, between fuzzy 80’s power-pop and the sort of early 2000’s bratty brilliance of American pop-punk. It’s like early Green Day learnt guitars and became all cool        and fuzzy.

Some might class this as pop psych and it certainly has the same sort of playful endeavours. However, it is just that bit more controlled and concise than psych, which enables the beautiful omnipresent jangle to shine through.

Track:  Be Who You Are (Skyforest edit)  From: Grey Sun #1 (album) Label:  Self released Out: Out now

The solo project of L.A based multi-instrumentalist Lola G. Wrapping the sweeter side of Lush style jangled gaze around dreamy keys riddled atmospheres, Death Hags is just one of those artist that manages to sustain your attention at all times.

Track:  The Shore From: Movement (EP) Label:  Self released Out: Out now

Hatchie-esque, jangly dream-pop that hints at the sweetest side of the slightly melancholy. Perfect for those wistful Sundays of self contemplation.