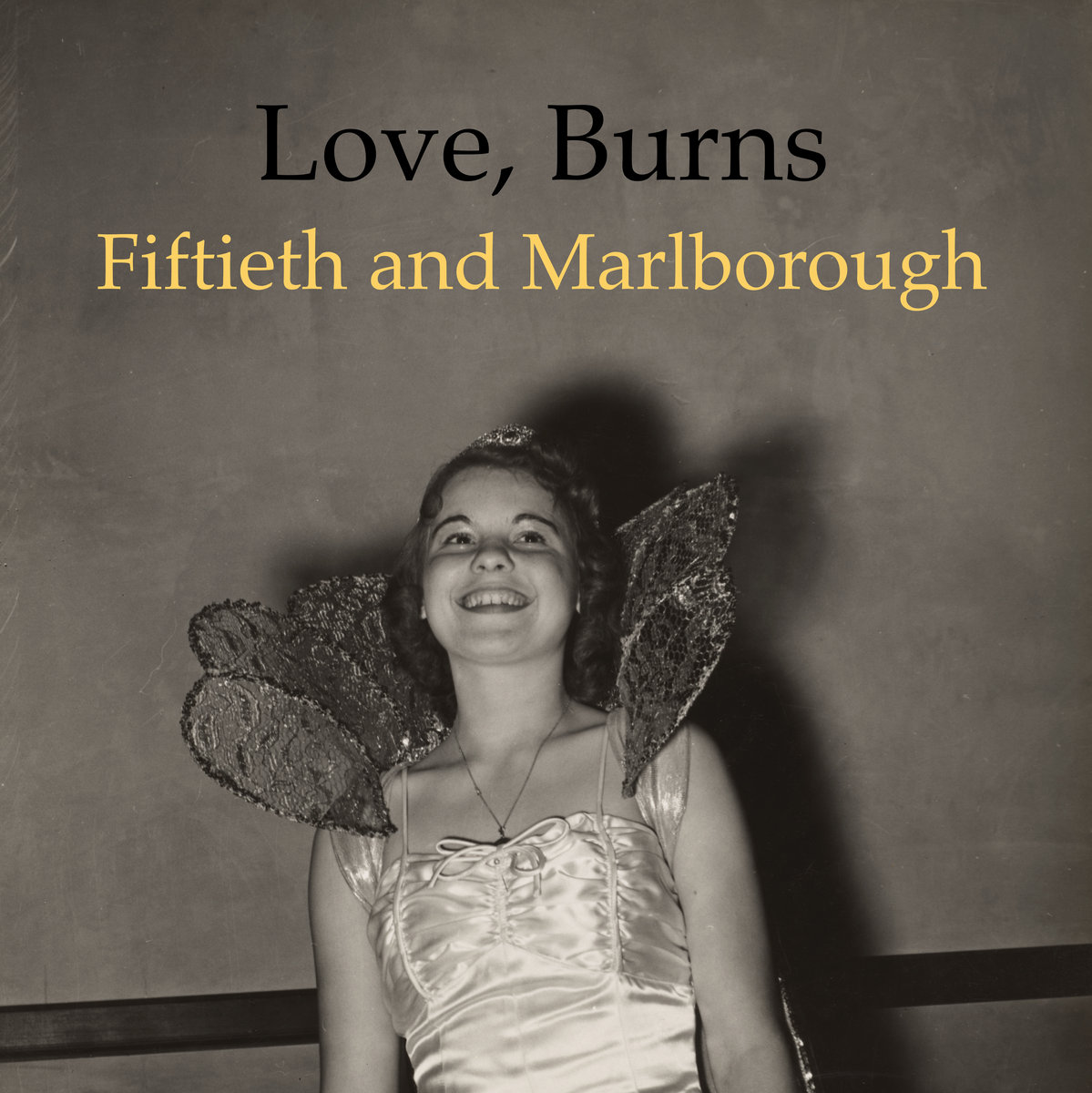 I was once never asked by absolutely anyone, the following:

Which modern day musician would…

Of course, everyone could proffer their own answers, however many of them would be drastically incorrect unless they happened across the answer of Phil Sutton, a man who over the last couple of decades has jangled with the likes of Pale Lights, Comet Gain, The Soft City, Kicker, Cinema Red and Blue and Velocette.

Now he is back with his latest Love, Burns project where he ramps up his credentials by joining fellow jangle luminaries Kyle Forrester (keys, bass and lead guitar) and Gary Olson who assists him with production duties.

Essentially, whilst the jangled strains are unsurprisngly still omnipresent, Fiftieth and Marlborough is a somewhat more guitar-pop driven sound that has been seen in recent Sutton inspired projects, with tracks such as What To Do About Us, Something Good and Just For A While (see below) swapping all things chiming for the insistent thrum that supposes Mick Head finding his ‘pop button’.

Of course, Sutton does not completely avoid the warm, more dynamic jangled sound of his recent works and as such tracks like In A Long Time and It’s A Shame (see below) could be offered up as thriving on mellifluent Pale Lights style jangle, whilst adding a more stripped down, almost subdued production, that enables Sutton’s semi-crooned vocals, to be accentuated like never before.

If you are a regular reader of this blog or any of our social media pages, you will no doubt know of my complete and utter devotion/bias towards Phil Sutton projects…this album never even threatened to break that trend !!!