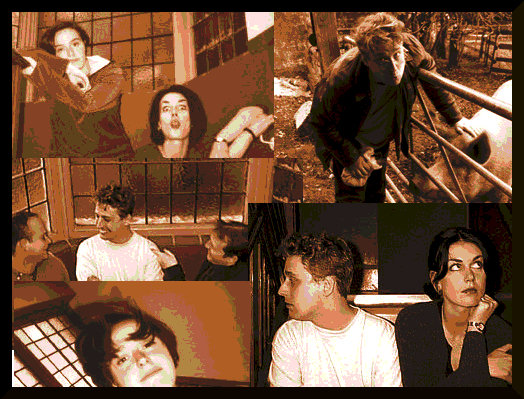 I suppose I am what my be called Thatcher’s dream. Working class kid, who ended up going to University at the ‘full grant’ expense of the Tory government. Thereafter taking my qualifications and becoming a well paid corporate whore, which has afforded me the material things that my posh(er) university mates took for granted. All very Tory, I suppose.

But it has never really sat right with me and I still despair at the policies that the Tories advocate and more importantly the people who implement them. As such this album, by North London, four piece, The Spanish Amanda, somehow seems to encompass my vitriole more than any other.

Initially it’s an anti-Brexit album. This can be obscured somewhat behind the occasionally curious Rocketship style machinations of  Broken Toys Are Art and Tear Along The Dotted Line (see above), or the jangly indie/twee pop of tracks like Leeds or Karatsu (see below), What Do The English Do All Day and Raising Sam Peckinpah.  These tracks would occasionally hint at  Belle and Sebastian if the tongue was not so firmly planted in Darren Hayman / The Wave Pictures, style cheek. Either way, they add a contrast the usual folk bards or punk bombast that usually offer political angst.

However, its the ‘piss take’ that counts just as much as the musical aesthetic in this album. From the explicit sarcastic ‘god bless you’ to the heinous Brexiteering Tories like Boris (Johnson), Jacob (Rees Mogg) and Nigel (Farage) in the quite brilliant What Do The English Do All Day, to the caustic swipe at the every day ‘Ernie and Edna Englander’, who fear anything ‘Johnny Foreigner’ might bring across British borders (tracks such as What Do The English Do All Day, I shall Never Play The Dane, Raising Sam Peckinpah and Oh​.​.​!​! Mister Peacock​.​.​!​! are dedicated to exposing such casual racists), The Spanish Amanda are gloriously specific about what should be considered abhorrent.

In their 20+ years The Spansih Amanda have never been more brilliantly sardonic and it is hard to imagine they (or any act) ever could.