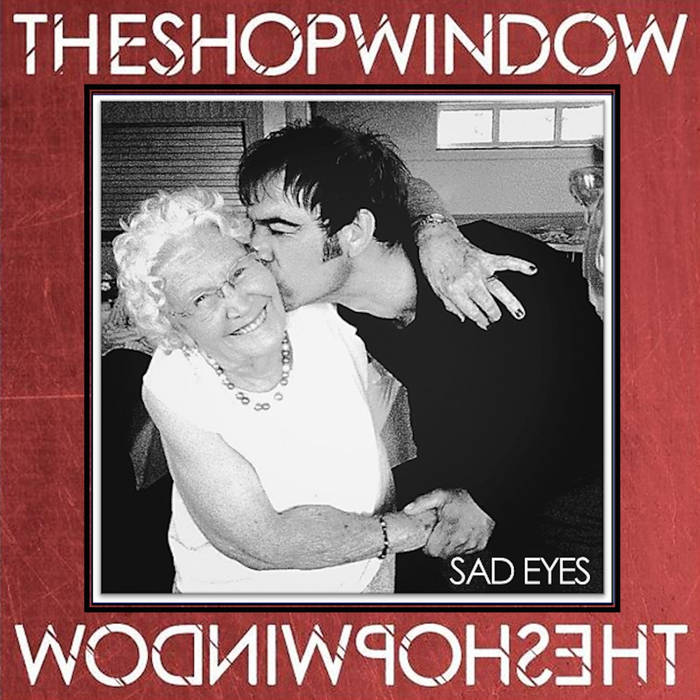 The Shop Window are a ‘new’ Kent based act that have released five singles in the last year. They have courted the sort of critical acclaim that has led to the patronage of the brilliant Spinout Nuggets label, who will be releasing a 7″ vinyl single by them in the new year (a different track to this one).

‘New’ is probably something of a misnomer in this instance, considering a) many of you may know band members Carl Mann and Simon “Syd” Oxlee from their mid 90’s time with a band called Westpier and b) their sound is so swathed in the sound of the jangly side of the 90’s, that it feels like something of an old friend to those of us 40/50 something’s, that the era/sound meant so much to.

The Shop Window aesthetic just has that attention to detail that acts like the earlier end of The Bluetones catalogue had and that a band like Lost Ships is also currently reviving. Initally, it is the sound of crystalline, with each jangled riff allowing the notes to cling to existence for just that perfect period of time beyond their natural lifespan. This allows the beauty of the music presented to wallow with a subtle sense of melancholy.

Such uncluttered clarity is also seen in a production that is completely devoid of any unnecessary bells and whilstles, which also directs the listener to the stunning lyrics. I am one of ‘those’ types who rarely comment on lyrics. If the tune is there (and it is most certainly is in this track) it will get my attention. However, this song is just penned with the sort of beautiful poignancy that demands attention and forces you to ‘think’.

About a visit that Mann had with his now 104 year old Great Grandmother, he opines about how ‘conversation stumbles along’, the pregnant pauses of ‘blank glares’ and that awful wait for finality that the young(er) propose our frail aged must experience.

I see you sitting in your chair
Waiting there, watching time
All you have now is the past
The future has gone beyond your grasp

It’s heart rendering and I am presuming that this is the predominant feeling that Mann experienced when summating his visit with his dearly loved relative.

However, for those that can take a step back from this all consuming love, such bitter emotions are also transposed with the sweeter side of human existence. Whether intended by the songwriter or not, they are tenderly unwrapped.

Initially the song mentions the brief fire of when her ‘sad eyes sparkle’ when he tells her about her great grandson and how they ‘shared ice cream and couple of goals’ watching the football together as time stood still. It is described as a ‘moment’.

Now of course Mann‘s pain in wondering whether she is suffering is tangible, but we also see a track that succinctly shows what is really important in life. Not money, business opportunities, social standing or the future, but just those precious moments with a (your) genuinely loving family, where perhaps nothing is said, but absolute volumes are spoken.

Carl Mann‘s Great Grandmother is probably happier than he ever realises and this beautiful track, hints at that amid its tale of the ravages of age. I know if I reach 104 years old and my family are speaking of me so incredibly fondly, then I will know I have won the only competition of life that really matters.