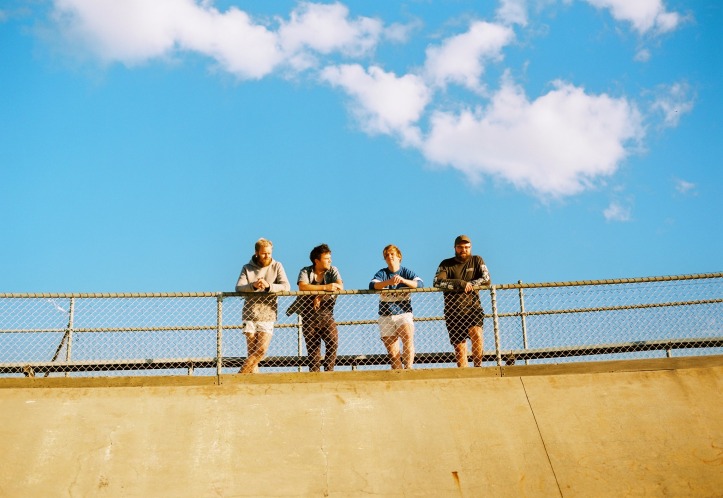 The Sunday League originate from Hobart but have naturally gravitated to the erstwhile modern home of all things alt.jangle pop, Melbourne.

However, the appeal of this album/act is not in how well they assimilate into the dulcet, sparcity and isolated riffs of all things ‘jangly Melbourne’, but more essentially their obvious intent to imbue the scene with the best of the 80’s jangle-pop scene.

Throughout this album there are obvious reference points, each of which the band excel in. The Australiana and fluttering distant jangled riffs of The Triffids, shimmer with all manner of stuttering uncertainty, in the soon to be indie-pop classics of First To The Water (see below) and Good For Me.

However, it is in the bands Americana / College rock style tracks that the album presents it’s finest parts. The stripped down clarity of latter era Miracle Legion pulses with transluscent clarity in She’s Back and What It Means and the more vibrant tempo’s of Mark Mulcahy’s superlative band is also seen in The Backyard-esque, A Lot of Bullshit Tonight (see below) and I Won’t Be The One You Want. These faster tempo tracks are also joined by the R.E.M, IRS years jangle-pop intricacies of Rock n Roll and It’s Time To Make Up.

Of course, there are so many bands who try and make the sum parts of such esteemed influences their modus operandi and of course many fail as they do not have this acts songwriting, level of musicianship or anything that stands out.

However, The Sunday League manage to add that bit of essential originality with a vocal delivery that has that sort of instantly recognizable (strange) lilt that drags out comparison to The Decemberists‘ Colin Meloy (just without the need to be an Irish leprechaun and the whole whale love thing). It just gives it that distance between the 80’s and now and a thread for the tracks to be woven from.

For some reasons there has not been the plethora of publicity / reviews and social media mentions that this great album deserves…let’s change that!