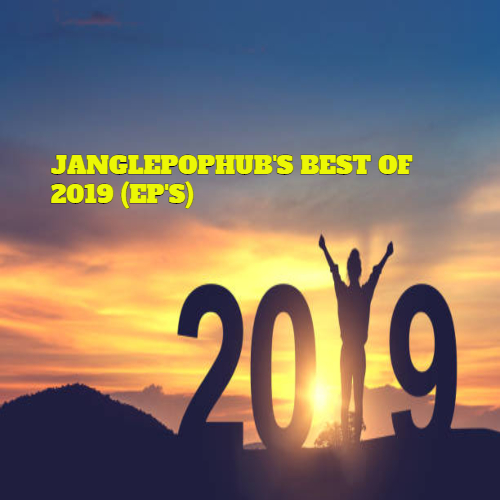 1.  together PANGEA  –  Dispassionate (Self released)

“Dispassionate is the moon and Non Stop Paranoia was the sun,” vocalist/guitarist William Keegan explained further. These new songs are kind of the opposite of the last batch. They are calmer and self-reflective, and the style is influenced by the 50’s and 60’s revival that happened in the 80’s.” (Consequence of Sound)

Stoop Kid, who is one Jens Rubens, have released an EP consisting of four bedroom pop songs that jangle in and out of your consciousness like no tomorrow thanks to the guitar and vocal style. The retro sounding Nothing From Under The Sink is my pick of the bunch but there isn’t a duff moment here – (Records I Like)

LIPS’ influences seem to be a type of lo-fi dreampop on the edge of twee with some dabs of classic shoegaze & britpop thrown in here and there. It’s nostalgic indiepop, harking back to the jangly bands from the late 80’s/early 90’s, like the Sarah & Creation rosters, but also Sunday Records…(Fadeawayradiate)

Fanclub may share a lot of the DNA of their nostalgic peers– New Order guitar hooks, Chromatics melodies and aloofness, Human League synths– but they’re a band with serious pop chops and enviable charisma as well as the ability to make well-trodden influences sound if not new at least exciting again. (Vrld)

8.  The Memory Fades  – She Loves The Birds (Sunday Records)

…Sandra from the Golden Glades radio show, described their sound as bit of Trip / Super 8, but with bigger TVPs influence (Last Day Deaf)

The time has arrived and The Trimatics have released their much-anticipated trio of EPs, Finally!. And if you’re not already a fan of their timeless firebrand of post-punk jangle or their flair for odes to the New Romantic era or perhaps better than most nods to late 60’s garage…you no longer have an excuse…Global Texan Chronicles

‘Kathleen Says‘ is a gorgeous slice of modern Spectorian pop that adds a psychedelic edge to the perfect pop melodies. Sitting somewhere between The Rain Parade and The Jesus & Mary Chain…(Circuit Sweet)

11.  The Reds, Pinks and Purples  – Last Summer in a Rented Room (Self Released)

The Swedish band The Slow Summits are doing everything exactly right as far as this indie-pop fan is concerned. Combining lead vocals that owe lots to those of Calvin Johnson from Beat Happening and spry melodies that are clearly reminiscent of tunes from the early years of The Go-Betweens or Orange Juice, the four-piece know how to push the right buttons…(A Pessimist Is Never Disappointed)

Sparse alt.jangle in the same vein as early Meat Puppets or a modern day Relax to Push. Will appeal to all thosewho crave a certain element of fraction in their jangle…(Janglepophub)

The recording project of Melbourne’s Sally Hull, Dilary Huff works in emotive lo-fi songs pitched somewhere between the fuzzy intimacy of bedroom pop and the buoyant energy of pop punk and emo. The marriage of styles is a clever one as the added bite of the latter allows the sincerity of the former to flourish without ever tipping into its saccharine excesses (Various Small Flames)

…with fluttering tapped out drums, the brilliance of fluttering jangled riffs and plaintive lyrics.  Fragile, but still manly in their own way, these tracks are the sound of men without bravado / ego…Janglepophub